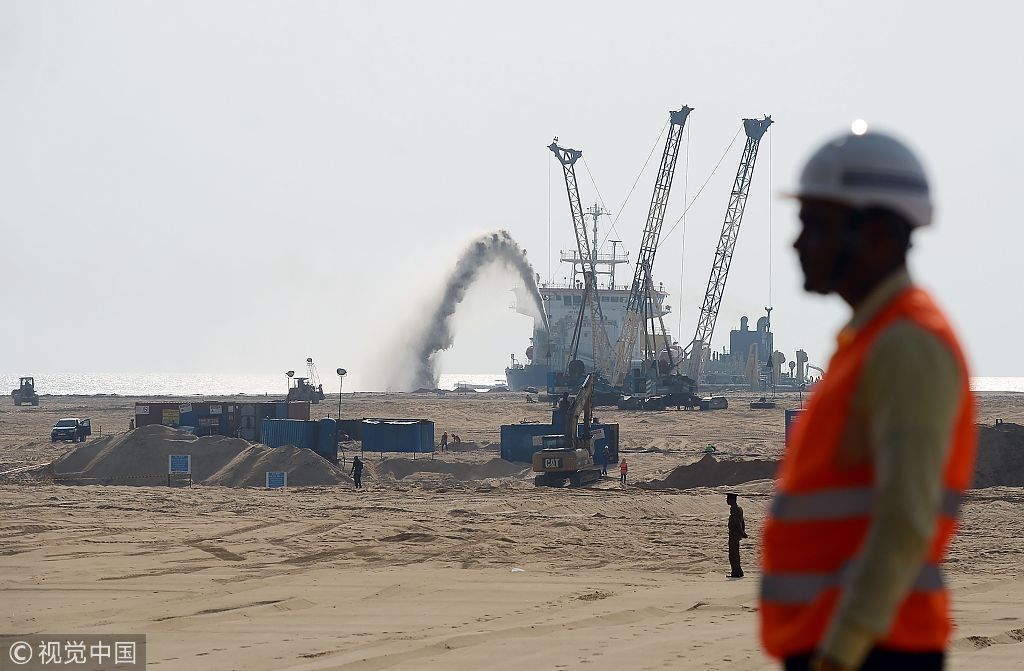 The investment had a better structure in industrial layout, according to the MOC. Spending on leasing and business services, manufacturing, mining, wholesale and retail sectors accounted for 33.4 percent, 16.6 percent, 10.3 percent and 9.3 percent of the total ODI, respectively.

No new investment projects were reported in real estate, sports or entertainment, which used to draw a plethora of irrational funds from the country.

The structure of Chinese investors also improved, said Wang Jianjun, an official with the department of foreign capital and overseas investment at the National Development and Reform Commission (NDRC).

Privately-controlled entities accounted for 70 percent of all outbound investors over the past two years, according to Wang.

In addition, the destinations of ODI have become more diverse and balanced.

Countries along the Belt and Road accounted for 12 percent of China's ODI last year, according to a report released by the China Council for the Promotion of International Trade (CCPIT). In the first eight months of this year, ODI in these countries rose 12 percent year on year to 9.6 billion dollars, MOC data showed.

The top 10 countries and regions attracting Chinese investors accounted for less than half of the total number of Chinese firms investing overseas, dispelling worries of over-reliance on a single market and showing relatively low risks for investment, the CCPIT report said.

Meanwhile, Chinese firms have improved their management of outbound investment, according to Wang with the NDRC.

Over 70 percent of China's outbound investors were profitable or broke even in 2017, Wang said.

Altogether, around 40,000 Chinese enterprises in 190 countries and regions are employing over 1.3 million local residents and paying over 30 billion yuan (about 4.39 billion dollars) in taxes annually to local governments, he noted.