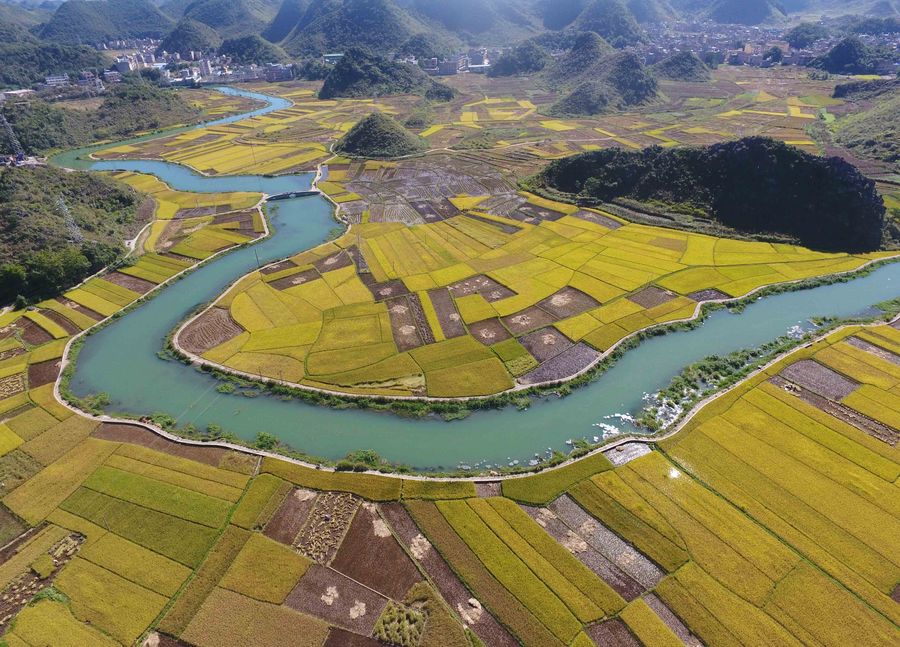 China is poised to tackle tough tasks in rural development in the coming year as it forges ahead with its anti-poverty campaign and goal of building a moderately prosperous society in all respects.

The battle against poverty will not stop until complete victory is secured, according to the central rural work conference which concluded Saturday, at which central authorities outlined a roadmap for the work related to agriculture, rural areas and rural people in 2020.

Efforts will be made to pool resources, enhance support and take targeted measures to strengthen the weak links in the work on agriculture, rural areas and rural people, said a statement released after the meeting.

It called for consistent efforts to lift the remaining poor population out of poverty and effective steps to prevent people from slipping back into poverty.

In 2019, China made great headway in reducing poverty with targeted measures, with more than 10 million people and around 340 counties expected to be lifted out of poverty.

In areas hit by deep poverty, including parts of Tibet, Xinjiang, Sichuan, Yunnan and Gansu, the poverty headcount ratio has fallen to 2 percent from 8.2 percent in 2018.

However, the situation for rural development remains tough as risks and challenges from home and abroad are increasing and the downward economic pressure is growing, said Han Changfu, minister of agriculture and rural affairs.

The key is to ensure stable production and supply of important farm produce including grain and hogs, guarantee that the increasing momentum of rural people's income is not abated and reversed, and secure a firm victory over fighting against poverty and shore up the weak links of rural infrastructure and public services, according to Han.

Industries capable of increasing rural people's income should be developed, while all kinds of skilled workers will be encouraged to return to the countryside to set up businesses, said the statement.

China has achieved a bumper grain harvest for 16 consecutive years, with its grain output reaching 663.85 million tonnes this year, exceeding the 650-mln-tonne mark five years in a row.

Despite the achievements, its grain production capacity remains to be consolidated, Han said, adding that people in some places had slacked off in grain production or even pared down crop planting.

China vows to complete the cultivation of 5.3 million hectares of high-standard farmland and the installation of highly efficient water-saving irrigation facilities in 1.3 million hectares of farmland. To sustain the bumper harvests, the minister said ensuring policy stability and keeping planting areas steady were essential.

The conference had made clear that land policies on the development of rural industries will be optimized and the pilot reform of the rural collective property rights system will be promoted nationwide.

China will pilot the extension of farmland use for another 30 years upon expiration of the second round of contract in selected cities and counties in 2020, Han said.