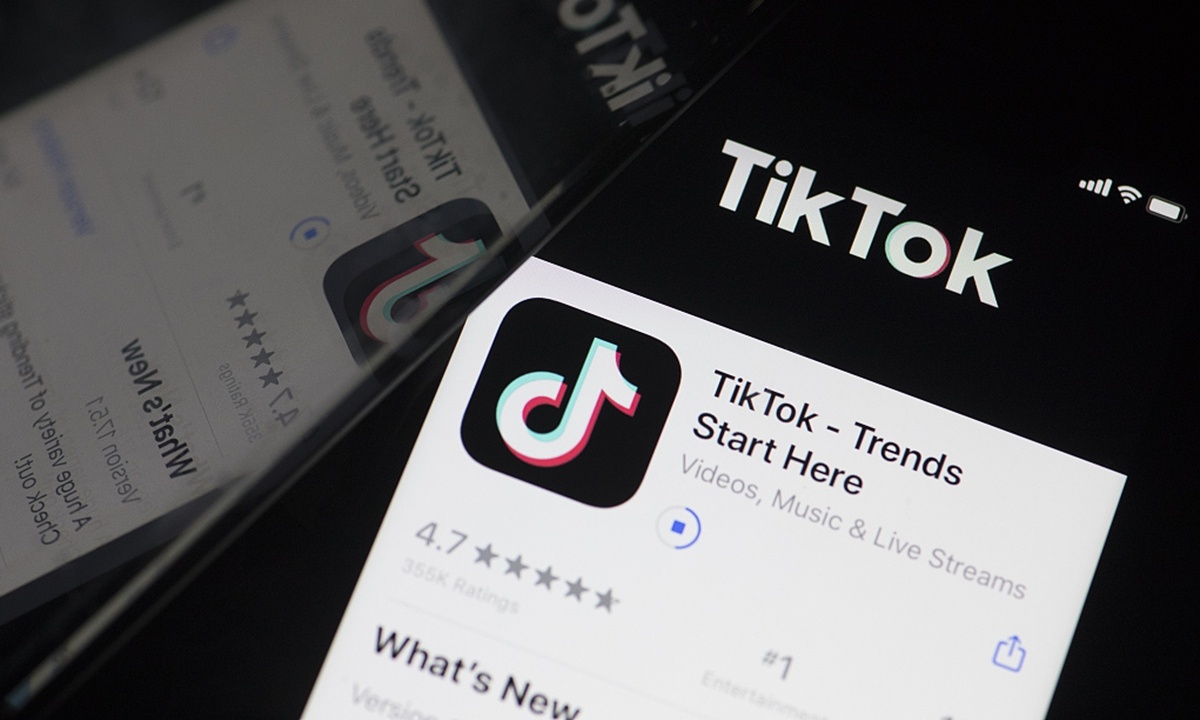 The US court ruling to halt part of Trump administration's ban on TikTok has temporarily cushioned the blow against Chinese firms - a rational move that should be welcomed, Chinese experts said. However, experts also cautioned that this wasn't a final decision, and therefore more efforts from the Chinese government were needed in order to protect Chinese companies' interests.

The comments came after a US judge on Sunday ruled to temporarily block the US government's ban on downloads of the popular video-sharing app TikTok, giving its parent company ByteDance some breathing space to reach a deal to save its US operations.

In the wake of an emergency hearing on Sunday, US District Judge Carl Nichols granted TikTok's request for a temporary restraining order against a ban by the Trump administration.

"The ruling is welcome and has a far-reaching effect, scuppering the US' program to create a so-called Clean Network, which shows that the US government's bullying of Chinese firms has deviated far from law and the will of people," said Zuo Xiaodong, vice president of the China Information Security Research Institute.

It is hoped that the US court ruling on TikTok and previously on WeChat will build something of a "legal protection wall", which could signal a turning point for the fate of the Chinese firms, said Zuo.

A US federal judge issued an injunction last week against Trump's executive order effectively banning the Chinese social media app WeChat from operating in the US.

"We're pleased that the court agreed with our legal arguments and issued an injunction preventing the implementation of the TikTok app ban. We will continue defending our rights for the benefit of our community and employees," TikTok said following the judge ruling.

Meanwhile, TikTok said that it will maintain its ongoing dialogue with the government to turn its proposed cooperation with US firms, which Trump gave preliminary approval to last weekend, into an agreement.

The US Commerce Department said Sunday that "The goverment will comply with the injunction and has taken immediate steps to do so, but intends to vigorously defend the executive order and the Secretary's implementation efforts from legal challenges."

The result was not entirely unexpected after the Trump administration already granted a one-week reprieve last week following a tentative deal between TikTok and Oracle. TikTok has around 100 million users in the US and 700 million across the world, making it one of the world's most popular video-sharing applications.

However, the court ruling is not the final result, and the US' clampdown on Chinese firms won't just cease to exist, Zuo pointed out.

"The Chinese government is expected to take further action to protect TikTok and its core technologies from falling into the hands of a mafia-style US government," he added.

In a move to protect its own interests and security, China in August added algorithms to its export control list for the first time. On September 19, the country also issued provisions for its long-awaited first "unreliable entity list," aiming to penalize foreign entities and individuals that undermine China's national interests and Chinese firms' legitimate rights.