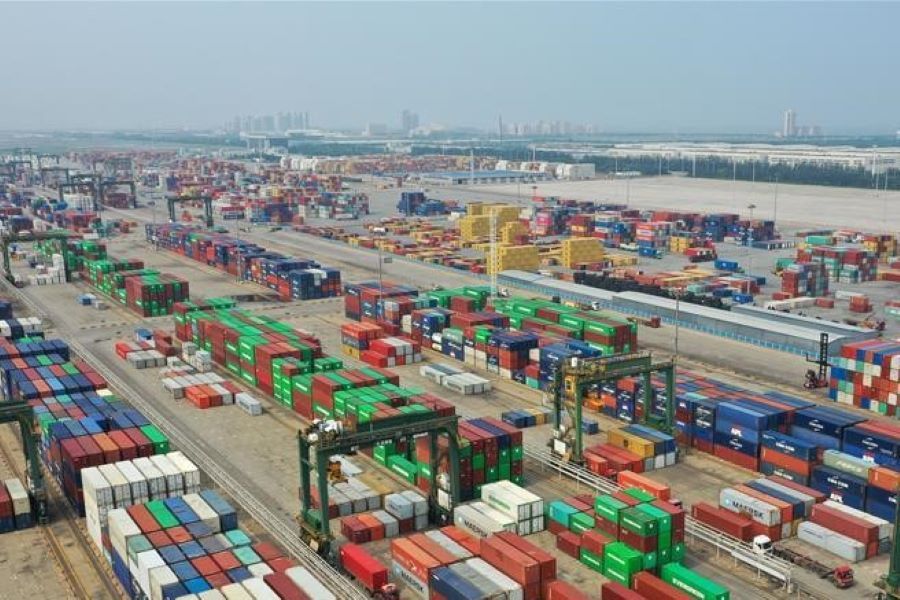 HAVANA -- Chinese President Xi Jinping has outlined a clear course for China's economic recovery in the wake of the novel coronavirus pandemic, a Cuban expert on China said Tuesday.

Eduardo Regalado, a researcher at the Center for International Policy in Havana, spoke with Xinhua about Xi's recent speech to a symposium with entrepreneurs on July 21.

"Xi's address is very timely and necessary for the times China is living through, in addition to which, it establishes guidelines that are consistent with the country's previous development policies," said Regalado.

The speech, the expert highlighted, outlined specific macroeconomic policies to stimulate development in the aftermath of the pandemic's disruptive impact on the economy.

"That is why Xi is calling for staying on top of the trends and demand in the international market," Regalado said.

He also highlighted Xi's emphasis on exploiting the potential of the domestic market, "which is very large and has increasing purchasing power ... to reactivate the economic machinery."

China's leadership is leading this process of reviving the economy, in contrast to other countries with neoliberal policies, where government involvement is practically nonexistent, Regalado noted.

"It is a process that helps to lessen the negative impacts and promote the necessary conditions, such as the financing that is essential for the business sector to revive itself," said Regalado, who has been studying China for more than two decades.

The economy in the first quarter took an extraordinary hit, but after the effective control of the epidemic, China's economic potential has become more evident, he said.

"China is the only country that achieved 3.2-percent growth in gross domestic product in the second quarter, and it did so due to its economic potential and domestic market," said Regalado.

"China's recovery has been in the form of a 'V' (rapid growth after an abrupt decline) and it is the first country to grow after the pandemic and at a faster rate, despite the impact of the disease and the trade measures applied by the United States," said the expert.

China is well positioned for recovery given its resources and financial reserves, technological potential, human capital, state intervention and economic planning, he said, adding this is good news for Latin America.

"For Latin America, and Cuba in particular, the opportunities that this recovery presents are very encouraging," said Regalado.