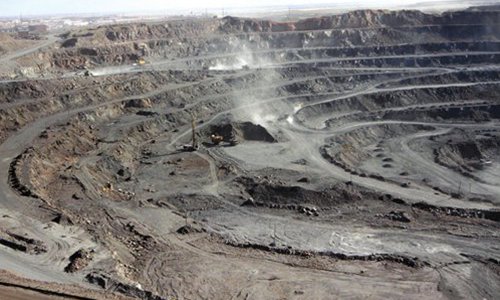 Myanmar reportedly will suspend its ionic rare-earth mineral exports to China, a move that Chinese analysts said will slightly affect the whole industry chain in the short term. It's also a sign that China should diversify suppliers, they said.

"Myanmar has closed the border with China to suspend its rare-earth ore exports to the top rare-earth processor," Chinese industry news website metal.com reported on Monday.

The ores in question are raw materials for medium and heavy rare-earth products like terbium and dysprosium that are widely used in products such as mobile phones, high-speed trains and aircraft.

The interruption of rare-earth mineral supplies from Myanmar will have little impact on the whole industry chain in China in the short term, said Zhang Anwen, a vice secretary-general of the Chinese Society of Rare Earths.

According to metal.com, terbium mineral was priced at 3,495 yuan ($499) per kilogram on Monday, up 70 yuan from the end of November.

In the short term, the price is expected to increase 5-20 percent next year, an industry insider who declined to be identified told the Global Times.

Zhang said that China needs to release stocks or ramp up production to make up for the shortfall, or use other minerals as alternatives.

In 2018, China imported 41,400 tons of rare earths from around the world worth $10.8 billion, making it the biggest importer, according to customs data.

"China should diversify its imports from other countries to supplement supplies," Chen Zhanheng, an analyst at the Association of China Rare Earth Industry, told the Global Times on Tuesday.

"After Myanmar suspended exporting ionic rare earths to China, it may import from other countries, such as Vietnam and Laos in Southeast Asia," Chen said. Zhang also noted that Australia can be a source of supplemental supplies.