BUSINESS China should use cash to spur consumption: expert

China should use cash to spur consumption: expert 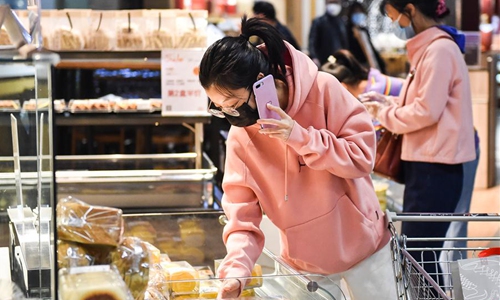 Revitalizing China's virus-hit economy will require consumer spending, which could be spurred by giving money to half of the country's population, a Chinese expert suggested on Thursday.

The government could issue 1.4 trillion yuan ($198 billion) special bonds, which would provide 2,000 yuan per person to 50 percent of the population that earns lower incomes, said Yao Yang, director of the China Center for Economic Research at Peking University, in an interview with thepaper.cn.

The suggestion is in consideration of this economic downturn amid the COVID-19 pandemic, Yao said.

As the virus has halted economic activity, China's Q1 GDP reported a decline for the first time ever since the country began recording quarterly GDP growth in 1992, according to official data.

China's retail sales of consumer goods recorded 2,645 billion yuan ($374 billion), down 15.8 percent year-on-year in March, though up from 20.5 percent in the first two months, according to the National Bureau of Statistics (NBS).

The largest Q1 2020 drop in the national economy was in retail sales of consumer goods, indicating that the biggest problem the country faces is consumption, according to Yao.

The most urgent thing for China to do is to boost consumption. The government could hand out cash and vouchers, Yao said, adding that, "For low-income people, I suggest giving them cash directly, and consumer vouchers could go to the middle class.

"Whether to give money to low-income groups is not a money issue, it's about shifting conception. Some local governments have wasted investments in infrastructure projects, and it's better to give the money directly to the people," Yao said.