China shows greater appeal to foreign investment than US: Economist 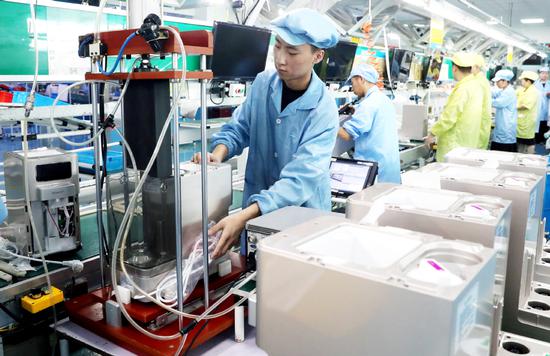 China has shown greater appeal to new foreign direct investment projects than the United States amid COVID-19, and the success mainly lies in the country's economic policy-making, a US risk manager and political economist has said.

In this vein, Robert Ginsburg, who currently manages the boutique law and consulting firm RBG Global that focuses on foreign investment and trade projects, pointed out two major advantages of Chinese decision-makers in an article published Saturday by Forbes magazine.

Firstly, Chinese officials "make decisions based on the long-term benefits of the overall economy," while officials in countries like the United States "target key factions of the electorate when making decisions with the short-term goal of winning reelection," he wrote.

"Foreign direct investors are often compelled to invest in countries with strong coastal economies to better facilitate trade with businesses in nearby countries," Ginsburg said.

"This contributed to China's advancement beyond the US in terms of new foreign direct investments," he added.