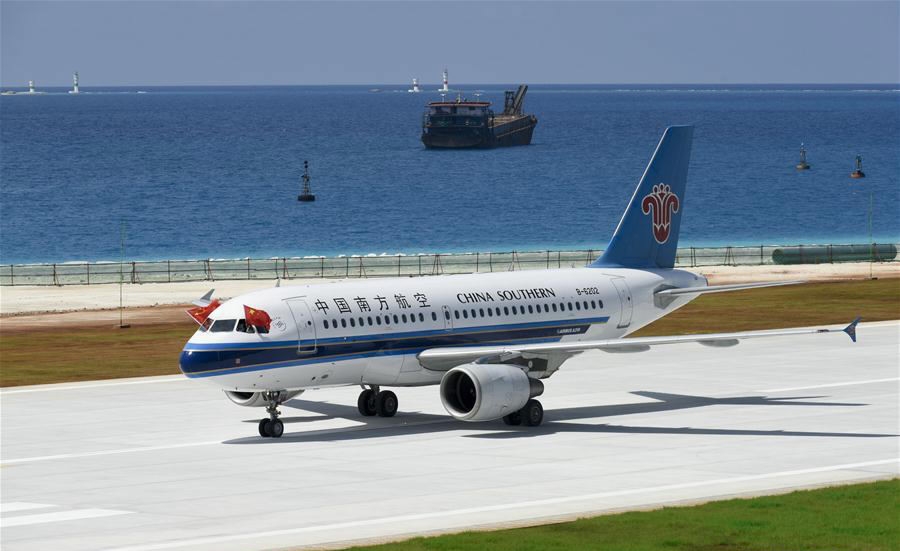 The expanding code sharing and other cooperation such as the launch of reciprocal frequent flyer benefits marked a major step of both airlines in extending the China-U.S. air route network, said China Southern Airlines.

"Through sharing resources, our cooperation is market- and passenger-oriented and based on a win-win relationship," said Zhang Lin, assistant president of China Southern Air Holding Company Limited.

According to the agreement, the codeshare cooperation will cover both airlines' all trunk air routes among China and the United States.

During peak seasons, it is expected that both airlines will provide around 64 sharecode flights on trunk air routes per week.

The expanded codeshare is expected to be launched in early 2019.

"We are very pleased with the progress we have made so far in our newly formed relationship with the largest airline in Asia," said Robert Isom, president of American Airlines.

"With the opening of Beijing Daxing International Airport in 2019 and the ability to cooperate fully with China Southern Airlines, we are incredibly excited about the airline's future in the Chinese market," he added.

The Guangzhou-based China Southern Airlines is the country's largest carrier with a fleet of more than 800 aircraft, ranking first in Asia and third worldwide. It operates more than 3,000 daily flights to 224 destinations around the world.

The Fort Worth-headquartered American Airlines is a major airline of the United States. It is a founding member of the Oneworld alliance, whose members serve more than 1,000 destinations with about 14,250 daily flights around the world.

China is the major impetus of the global civil aviation market. It is forecast to become the world's largest aviation market by the mid-2020s, said the International Air Transport Association (IATA) in its latest market forecast.