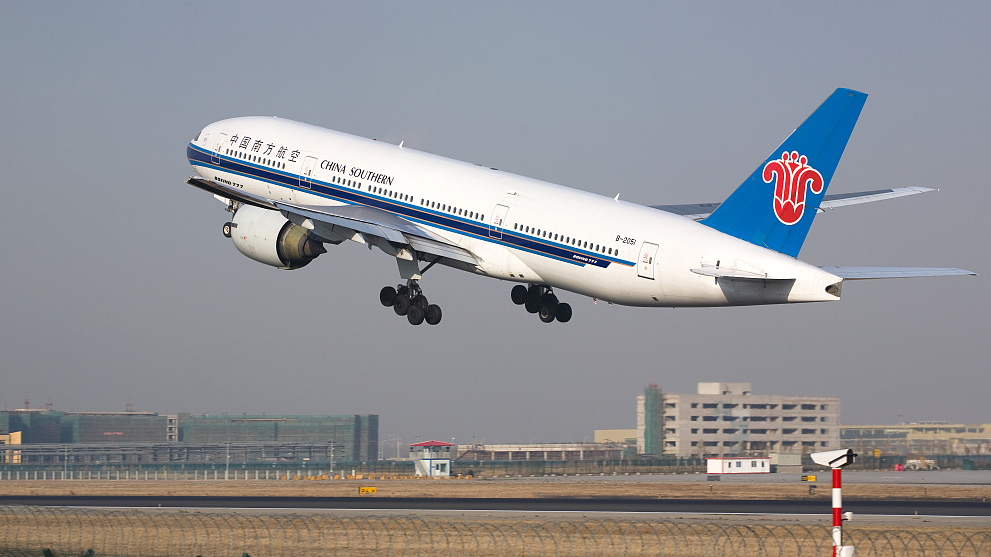 China Southern Air Holding Limited Company (CSAH), the controlling shareholder of China Southern Airlines, will receive a cash injection of 30 billion yuan (about 4.36 billion US dollars), according to a filing made by the company to the Hong Kong stock exchange.

The development comes after the Civil Aviation Administration of China (CAAC) said that the country's airline sector gains dropped by 24.5 percent in the first half of the year, according to Yicai Global.

The 30 billion will be primarily used in core air transport businesses inline with the Belt and Road Initiative and Guangdong-Hong Kong-Macao Greater Bay Area strategy.

The agreement was made “to implement the relevant requirements of the Central Committee of the Communist Party of China and the State Council on deepening the reform of state-owned enterprises” to carry out equity diversification.

The capital injection will not affect CSAH's status as controlling shareholder in the company. It will also remain a state enterprise supervised by the State-owned Assets Supervision and Administration Commission of the State Council (SASAC), the document said.

Operating data released on July 15 shows that the company carried eight percent more passengers in the first half of 2019 than in the same period last year. The biggest jump in passengers carried was registered in the international segment, with a 12.69 percent increase.

In the first six months of 2019, China Southern Airlines passenger traffic rose by 10.40 percent from the same period last year. In terms of cargo and mail carried, the report notes a decrease of 1.25 percent year on year to 822.61 tons. According to the data, the domestic segment experienced a four percent drop, while regional and international went in the opposite direction, with 8.36 percent and 2.92 percent raises, respectively.

In June 2019, the company operated a fleet of 849 aircraft. It also launched a series of new routes, including Guangzhou-Urumqi-Vienna, Changsha-Nairobi-Changsha, Xiamen-Yangon, and Zhengzhou-London.

News of the capital increase comes after the Civil Aviation Administration of China (CAAC) told Yicai Global that aviation industry profits declined in the first half of this year. The total profit of the sector slipped 2.4 percent to 31.6 billion yuan, and cumulative gains of airlines also dropped 24.5 percent from the previous year.

The Chinese Government has made it easier for state and private enterprises to invest in the fast-growing civil aviation industry since January 2018. However, it still retains control over key airlines and airports in sensitive regions.