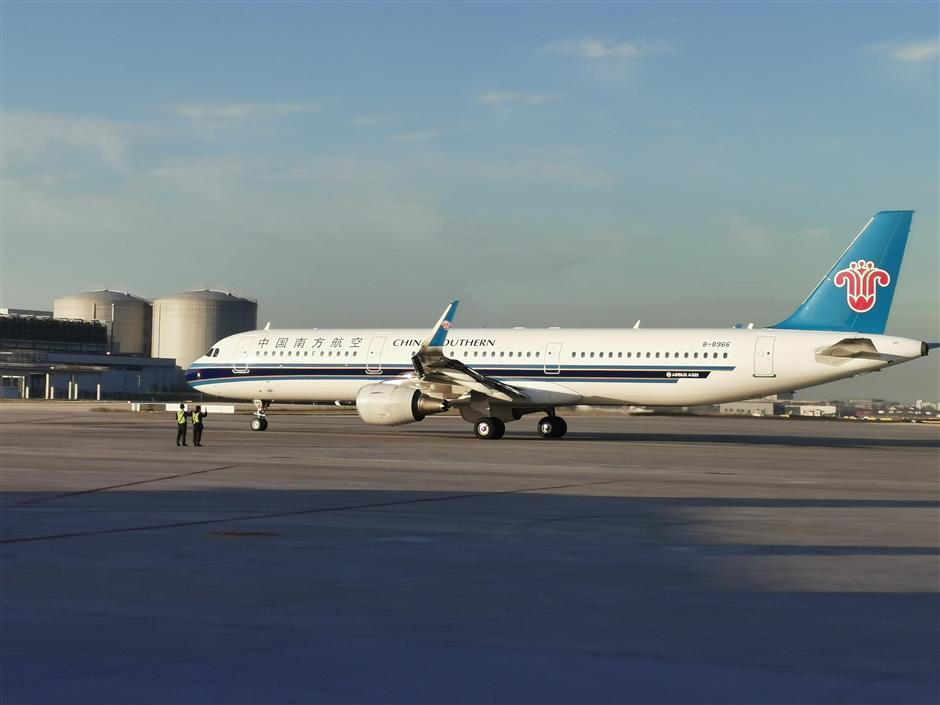 China Southern Airlines has announced the shift of all its Beijing based flights to Daxing International Airport from the beginning of the new civil aviation season on Sunday.

During the winter and spring season of 2020 and 2021, China Southern will operate five daily flights between Shanghai and Daxing airports, including three at Hongqiao and two at Pudong, to meet travelers demands

Some of its operations at Hongqiao Airport will be moved to Pudong to cope with the major shift to Daxing airport. Flight CZ3262 (Hongqiao-Nanning) and CZ3592 (Hongqiao-Zhengzhou) have been relocated to Pudong airport. 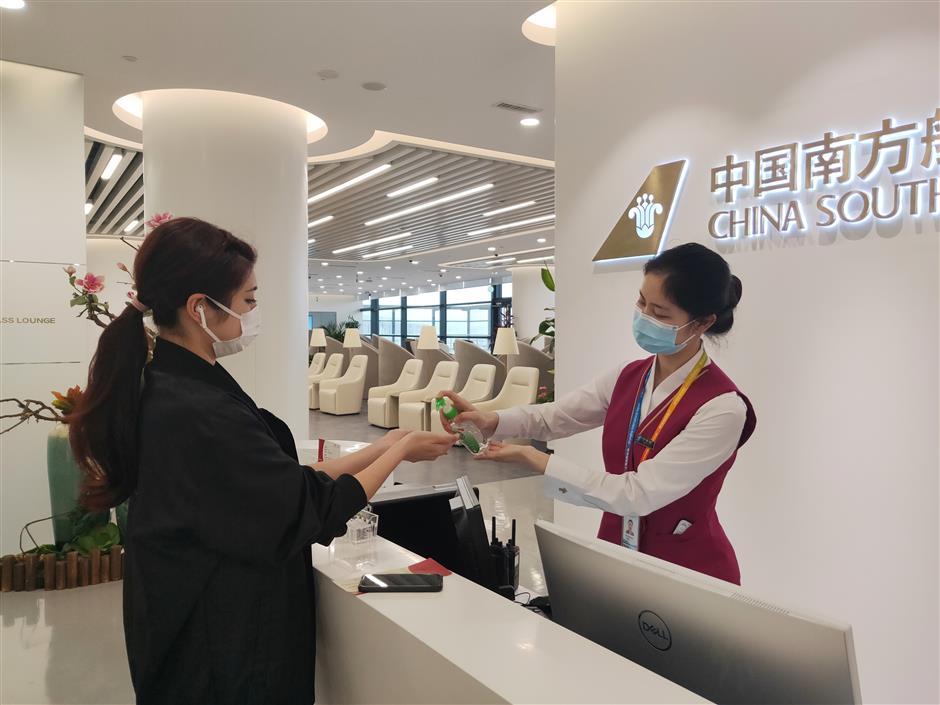 A China Southern staff member disinfect the hands of a traveler at the airline's lounge at  Daxing Airport.

At Shanghai’s two airports, China Southern will operate 99 daily flights with more than 20,000 seats, which is a 5 percent increase on year.

China Southern travelers can change their tickets at Daxing airport free, four hours ahead of the departure of their flights as of October 30 in case they are at the wrong airport. By the end of the year, their free luggage quota will also be increased by 10 kilograms.

China Southern plans to create an international network based at Daxing airport by 2025 to help develop the mega airport into a leading global air hub, the carrier said.

The airport near the junction of Beijing's Daxing District and Langfang in north Hebei Province is expected to handle 45 million passengers annually by 2021 and 72 million by 2025, making it one of the busiest airports in the world.

Covering a land area of 47 square kilometers, the new airport doubles the size of the existing Beijing Capital International Airport, once the largest airport in China. 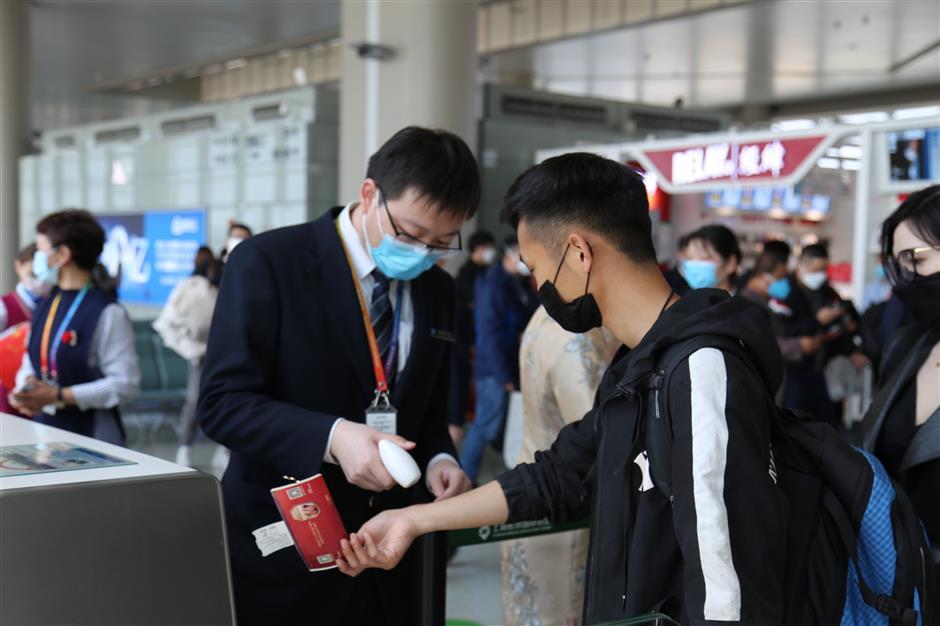