BUSINESS China sticks to own rules regarding Boeing 737 Max back to service: Regulator

China sticks to own rules regarding Boeing 737 Max back to service: Regulator 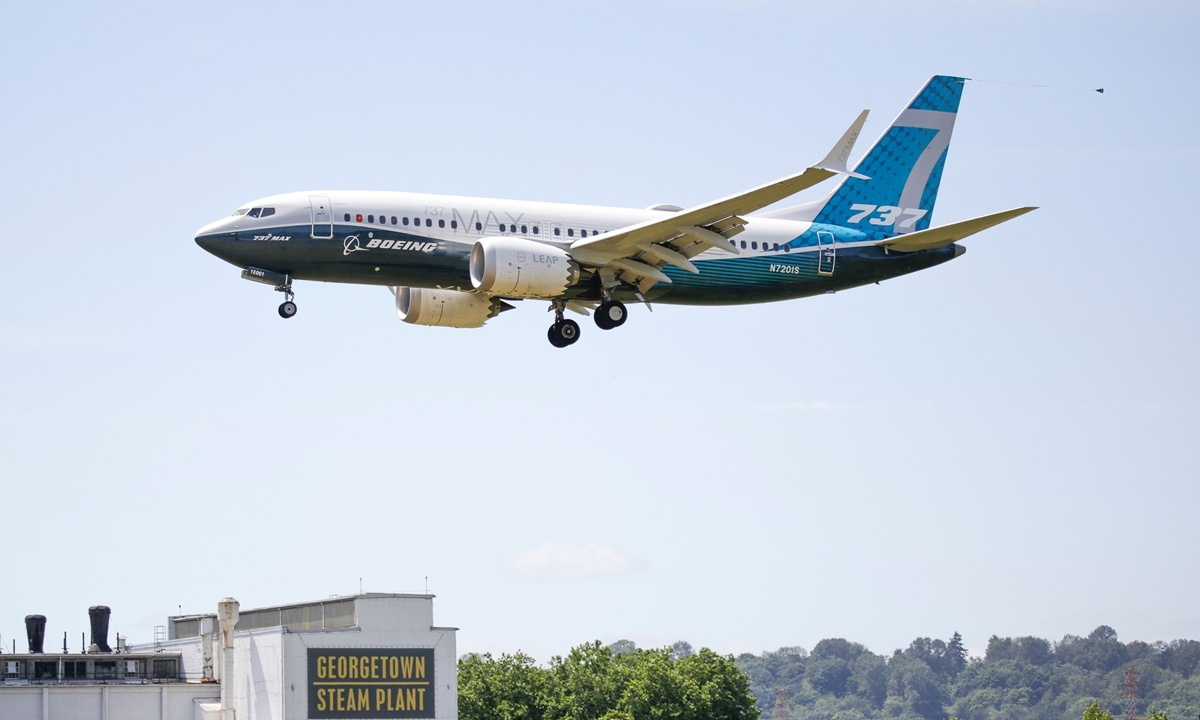 China's aviation regulator said there are rules that were made public before, including any design changes to the aircraft must be approved for airworthiness. Also, pilots must be fully and effectively trained by Boeing, and there must be a clear investigation outcome from the two tragic accidents associated with 737 Max jetliner.

In October, Feng Zhenglin, head of the CAAC, said that "as long as [the aircraft] meets the (above) three requirements, we are happy to see it back in service."

Richard Wynne, managing director for China marketing with Boeing Commercial Airplanes, told the Global Times last week that Boeing has been actively cooperating with Chinese regulators in terms of technical support, but the time for the plane's return to flight in Chinese market will be determined by the Chinese regulators, and, Boeing has no timetable.

Boeing said in a release sent to the Global Times that throughout the past 20 months, it has worked closely with global airlines, providing them with detailed recommendations regarding long-term storage and ensuring their input was part of the effort to safely return the plane back to service.

Boeing said it will continue to work with regulators around the world and customers to return the airplane back into service.

China was the first to order the Boeing 737 MAX grounded after two fatal crashes abroad in 2018 and 2019 that killed 346 people.

Chinese airlines had 96 737 MAX jets in operation before the grounding.

Reuters reported on Wednesday that FAA chief Steve Dickson has signed an order to allow the Boeing 737 MAX to resume flights after it was grounded worldwide in March 2019.