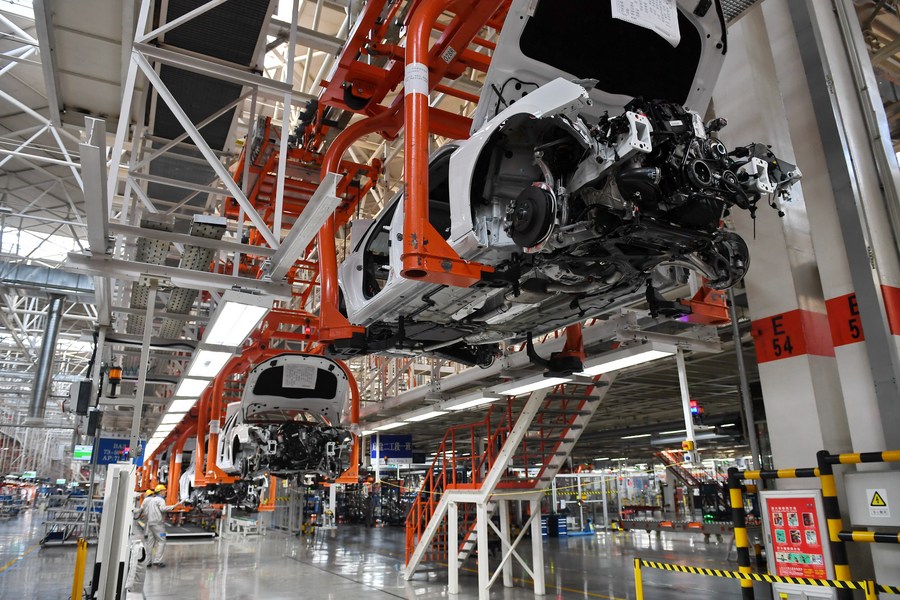 Boasting an annual growth of 6.5 percent and exports worth 23.3 billion euros (28.3 billion U.S. dollars), the Chinese market "developed more dynamically" than before the coronavirus pandemic, according to the ZVEI. In 2019, the increase was 4.3 percent.

By contrast, exports by Germany's electrical industry to the second biggest export country, the United States, decreased by 9.8 percent and amounted to 17.3 billion euros last year.

"The difference between industry exports to China and the United States now amounts to six billion euros," ZVEI chief economist Andreas Gontermann said in a statement, adding that this was "just below the volume of annual electrical exports to Hungary."

Carried by the export business with China, Germany's electrical exports to Asia in 2020 fell only "comparatively slightly" at minus 1.7 percent, according to the ZVEI.

While exports in December 2020 grew 5.2 percent compared to the previous year reaching 17.1 billion euros, imports of Germany's electrical and electronic industries were just as high but even increased 13.1 percent year-on-year, according to the ZVEI.

Despite the recovery at the end of last year, exports by Germany's electrical and electronic industries fell by 5.7 percent to 202.7 billion euros. The ZVEI noted that the loss in electrical imports was "significantly smaller," at minus 2.1 percent, with imports totaling 189.9 billion euros in 2020.

"The resulting export surplus of just under 13 billion euros was the lowest since 2003," said Gontermann.