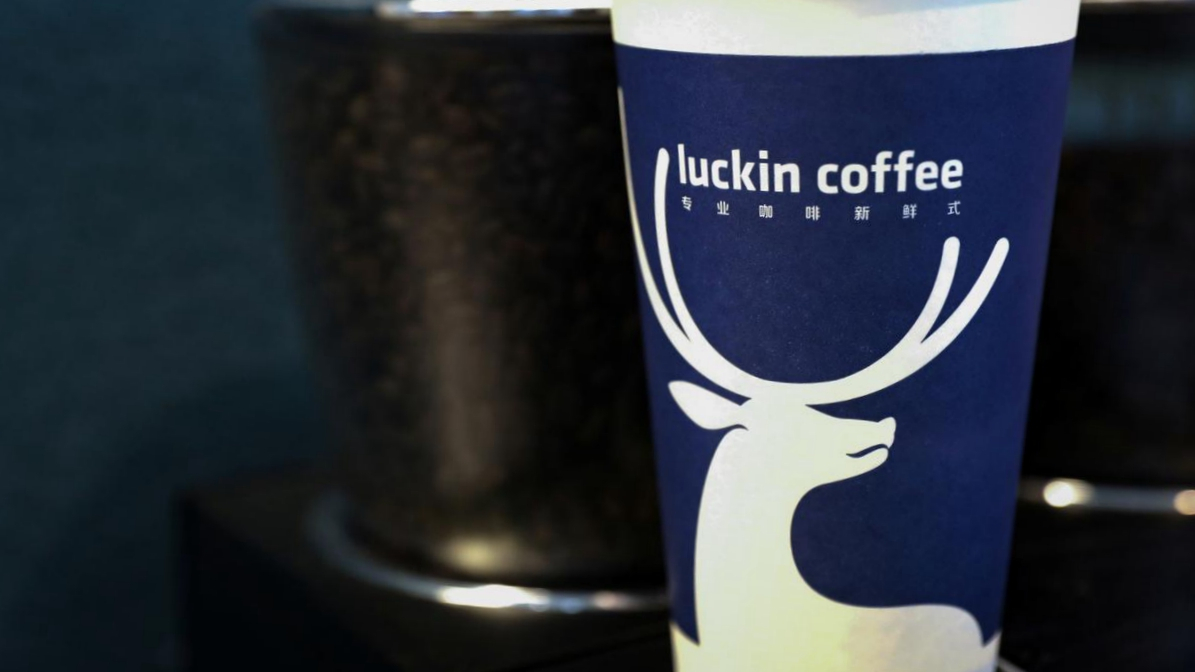 A Luckin Coffee cup is displayed during the company's IPO at the Nasdaq Market site in New York, U.S., May 17, 2019. (File photo: CGTN)

Under the cooperation frameworks, such as the multilateral memorandum of the International Organization of Securities Commissions, the CSRC has provided audit working papers of 23 companies listed overseas to a number of overseas regulators.

Luckin Coffee, domiciled in the Cayman Islands, registered to issue shares via an overseas regulator and listed on the Nasdaq Stock Market in May 2019.

Starting in the second quarter of 2019, Luckin Coffee's chief operating officer and several employees engaged in certain misconduct, including fabricating certain transactions, the company has announced, citing an internal investigation.

Shares in Luckin, which aggressively pitched itself as a challenger to Starbucks in China, have plunged by more than 90 percent from their January high following the news.

A couple of reports exposed that the State Administration for Market Regulation with some other government agencies raided Luckin's main office in Beijing on Sunday as part of an investigation led by the CSRC, but none of any official department has confirmed it yet.

However, Luckin responded on its official Weibo account (link in Chinese) on Monday saying it was "actively cooperating" with the regulator, which was trying to understand the company's operating situation.

Bankers and investors have warned that Luckin's issues were likely to weigh on other Chinese companies considering a U.S. IPO – a group already affected by the trade tensions of 2019.