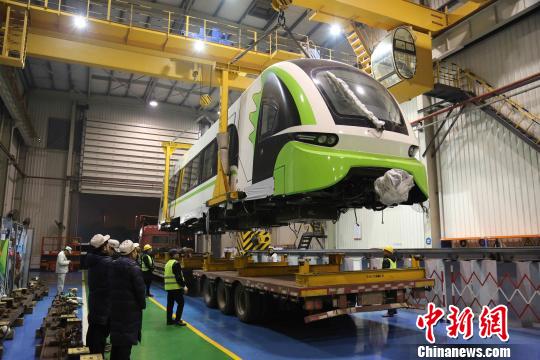 China's major train maker on Saturday tested a new generation of maglev train with a designed speed of 160 km per hour, about 60 percent faster than the current model, in Changsha, capital of central China's Hunan Province.

The new model has a 30-percent increase in traction efficiency and can carry six more tonnes in weight compared with the previous generation, according to Tong Laisheng, head of the maglev research institute of the CRRC Zhuzhou Locomotive Co., Ltd., the developer.

It can carry up to 500 passengers with three carriages, Tong said.

China's first medium-low-speed maglev rail line was put into commercial operation in May 2016 in Changsha.

The new model is expected to lay a technical foundation for introducing medium-speed maglev train systems in the future, Tong said. CRRC Zhuzhou Locomotive is also developing a more advanced maglev model with a top speed of 200 km per hour.