BUSINESS China the only place to do it, says BYTON president

China the only place to do it, says BYTON president 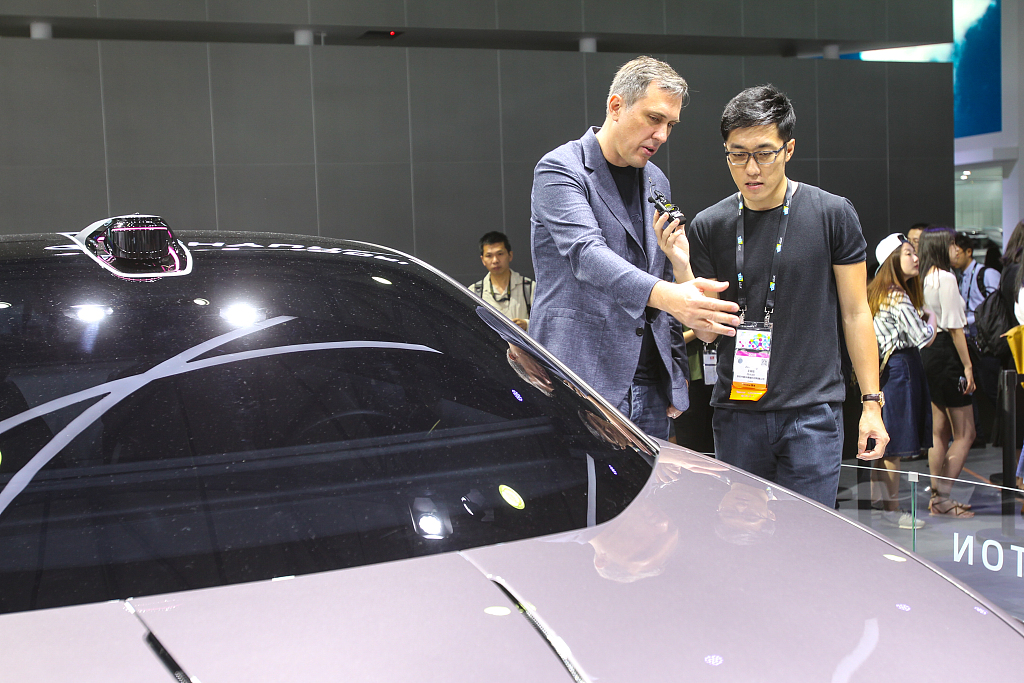 BYTON, as a new energy and intelligent electric vehicle startup, is full of confidence in "China Speed," he told Xinhua in an interview.

Kirchert said this as a press preview was held on the day by members of the Chinese corps attending the 2019 Consumer Electronics Show (CES) in Las Vegas, which is set to open Tuesday in the US city.

BYTON will unveil at the show new details of its first production model M-Byte SUV, which represents the transformation of the traditional car into a next-generation smart device for every user.

The M-Byte features a digital cockpit that improves driving experience, including an eye-catching 48-inch Shared Experience Display that is the world's largest in-car display for a production automobile, a driver tablet at the center of the steering wheel, a touch pad between the driver and the front passenger, independent rear-seat entertainment screens and multiple interaction modes with the vehicle.

Users could have access to BYTON Life, an open digital ecosystem that connects applications, data and smart devices.

Kirchert told Xinhua that production of the BYTON M-Byte is slated to debut in mid-2019, with mass production starting at the end of this year.

"We have made solid progress in the construction of our Nanjing plant and prototype vehicle testing," Kirchert said.

Founded in 2016, BYTON set up its global headquarters, manufacturing base, and research and development center in Nanjing, China, and established offices in Munich, Germany, and Silicon Valley, the United States.

"The reason why we are rooted in China is because we believe China is the only place where we can do it," Kirchert said.

China is not only the most important market in the world, but also offers great support in policies for the development of new energy vehicles, artificial intelligence and the internet, he said.

He said China has made science and technology innovation part of its national development strategy, and the environment for innovation and entrepreneurship in China has already taken the lead in the world.

Kirchert added that he believes China will also take a lead in the electric vehicle industry, citing China's efforts in legislation, as well as enhanced support and investment in the area of research and development.

BYTON's construction of its Nanjing plant is set to be completed this year with cutting-edge equipment from leading global partners from Germany, Japan and other countries, according to Kirchert.

In addition, "the development of smart electric vehicles is a highlight of deep cooperation between China and Germany," he said.

Both of the co-founders of BYTON, Kirchert and CEO Carsten Breitfeld, are Germans. BYTON has introduced German automobile technologies and designs while aiming to realize production of vehicle parts in China.