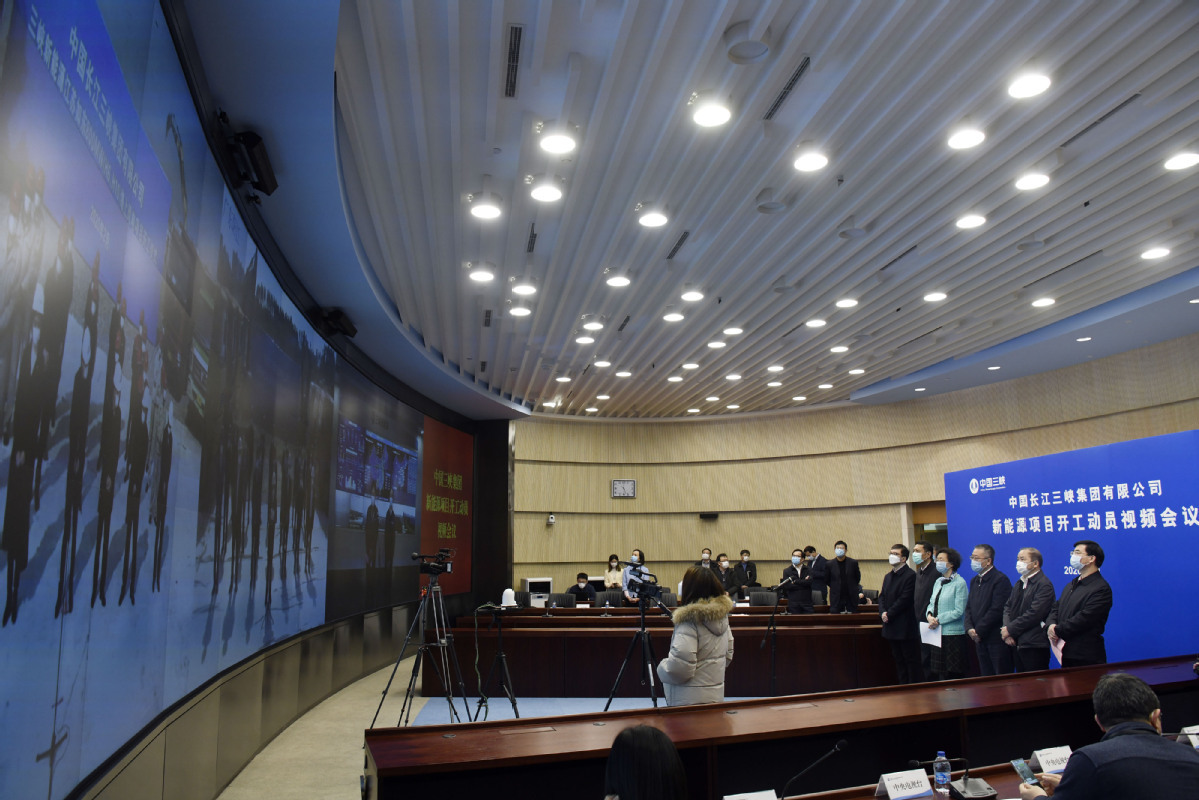 China Three Gorges Corp, the builder and operator of the world's biggest hydroelectric power project－the Three Gorges Dam－has been stepping up the construction of its key domestic projects to support the resumption of operations, amid the coronavirus outbreak. (Photo: Xinhua)

China Three Gorges Corp, the builder and operator of the world's largest hydroelectric power project－the Three Gorges Dam－has been stepping up efforts to pull more poor people out of poverty through continuous investment.

The corporation had donated more than 85 billion yuan ($12.46 billion) for poverty relief in the country by the end of September, with an annual donation of more than 1.4 billion yuan since 2016, said Lei Mingshan, chairman of the company.

It has helped more than 110 townships across the nation through more than 1,400 projects, including road repair, hospital and school construction and supply donations, Lei said.

In response to the central leadership's call for "targeted poverty alleviation", which demands tailored policies to suit different local situations, the corporation is responsible for four counties in Chongqing, Jiangxi province and the Inner Mongolia autonomous region. With an accumulated investment of up to 860 million yuan in these regions, the corporation has targeted donations of medical and, education resources and infrastructure construction to lift all local impoverished people out of poverty and helped build a moderately prosperous society in all respects.

China, a country with a population of 1.4 billion, has slashed the number of people living in poverty by more than 700 million since 1978. However, it is still in an uphill battle to enrich millions of people who still live below the poverty line and to achieve the goal of eliminating absolute poverty by the end of this year.

The Three Gorges Dam, China's largest water project, has played a key role in water adjustment and energy generation on the Yangtze River. It is responsible for flood control, electricity generation, water navigation as well as strategic storage of fresh water resources. It has also played a key role in the conservation and repair of the ecology and the environment along the Yangtze River.

To better help those leaving the area to make way for the dam, as many as two cities, 10 counties and 114 townships, together with 830 kilometers of roadways, have so far been constructed. Infrastructure facilities in the Three Gorges Reservoir Region have been greatly improved since then.

As transport difficulties have always remained a major impediment to rural development, especially in central and western regions, the corporation has donated heavily into infrastructure projects in poverty stricken regions, including 220 million yuan into building 104 roads, and 150 million yuan into 60 drinking facilities and 52 water supply and drainage engineering projects to ensure safe and convenient water supply for the poverty stricken regions. Strengthening the construction of rural transport infrastructure has been very important for boosting various rural industries as better rural roads will facilitate trade and accelerate the pace of poverty eradication, it said.

Poor transportation infrastructure has impeded contact among people and services from outside and trapped local residents in extreme poverty for generations, said Yang Xinzheng, an expert at the China Academy of Transportation Science.