China will be the silver lining to the clouds overshadowing the pandemic-plagued global economy this year, according to the World Bank's latest forecasts, which estimate China's GDP growth at 7.9 percent in 2021. 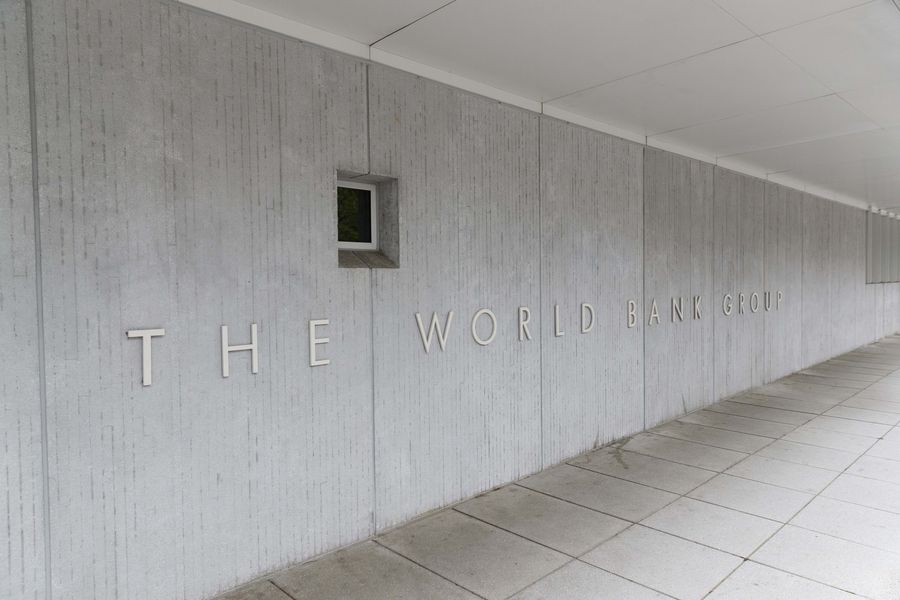 It would be the country's fastest expansion in nearly a decade, and the actual number could be even higher, experts said, expecting continued strength in China's export sector to underpin a more robust recovery this year so long as the yuan's rally doesn't spiral out of control.

In its latest issue of the twice-a-year Global Economic Prospects released late on Tuesday, the World Bank maintained its China growth forecast in December - a 2-percent expansion in 2020 before rebounding to 7.9 percent this year. It suggests an upward revision from an estimated 1-percent expansion for 2020 and an estimated rebound to 6.9 percent for this year in the bank's June projection.
The global economy will record a 4-percent expansion in 2021 after a 4.3-percent contraction last year, the Washington-based institution said, "assuming an initial COVID-19 vaccine rollout becomes widespread throughout the year." It noted, however, that the pandemic "may depress economic activity and incomes for a prolonged period."
The World Bank described two different outcomes that are contingent upon the outlook for vaccinations - a delayed vaccine rollout could limit global growth to 1.6 percent this year, while effective virus containment and a faster vaccination process might rev up global growth by up to 5 percent.
In the June issue of its Global Economic Prospects, the World Bank estimated the global economy would shrink 5.2 percent in 2020, as the COVID-19 pandemic sent the global economy into its worst recession since World War II.
The World Bank is by no means exceptionally optimistic about China's growth prospects, as major global institutions have come to a consensus about the Chinese economy standing out amid the pandemic-inflicted sluggishness.
China was estimated to grow by 1.9 percent in 2020 before seeing growth accelerate to 8.2 percent in 2021, the IMF said in its economic outlook released in October.
International institutions actually tend to be more reserved when it comes to China growth forecasts, and it's often the case that they would ratchet up estimated numbers later in the year, Tian Yun, vice director of the Beijing Economic Operation Association, told the Global Times on Wednesday.
"The economy will grow by up to 9 percent in 2021 and sporadic outbreaks would shave at most 0.1 percentage points off economic growth," according to Tian. His forecast is based on the still-raging pandemic that will largely paralyze efforts to revive supply chains in the rest of the world, where financial easing is sustaining demand, thereby maintaining the global thirst for imports from China.
An estimated expansion of either 7.9 percent or 9 percent would mean the country is on a path to grow at its fastest pace since 2011 when GDP rose 9.2 percent.
In a research note sent to the Global Times on Wednesday, Nomura economists said the country's growth recovery remains on track, and they expect real GDP growth to soar to 19 percent year-on-year in the first quarter of 2021 due to an extremely low base in the prior year when the economy posted a 6.8-percent contraction.
The export sector, which has played an important part in underpinning China's stronger-than-expected economic rebound starting in the third quarter of 2020, would remain a major growth engine this year, he said, calling for efforts to prevent the yuan's rise from spiraling out of control.
The yuan's daily fixing against the US dollar was set at 6.4604 on Wednesday, official data showed.
If the yuan's rally continues beyond 6 to the dollar, the country's export sector will inevitably take a hit, weighing on overall growth, Tian said. It's still a way off to expect the consumer market to be a quick fix for economic revival, factoring in structural issues such as employment.
In a fresh move to rein in the yuan's strength, the country's central bank and foreign exchange regulator announced late on Tuesday that they will revise the macro-prudential adjustment coefficient, a multiplier capping the outstanding cross-border financing an institution is allowed to have, to 0.5 from 0.3.
The revision is supposed to better meet domestic firms' financing needs for expansion into overseas markets, bode well for the yuan's cross-border use, and facilitate two-way and balanced flows of cross-border funds, Tang Jianwei, chief macro analyst at the Financial Research Center of the Bank of Communications, told the Global Times on Wednesday.
As the yuan is under great pressure to appreciate, the revision will bolster normal company capital outflows and mitigate the appreciation pressure, Tang said.