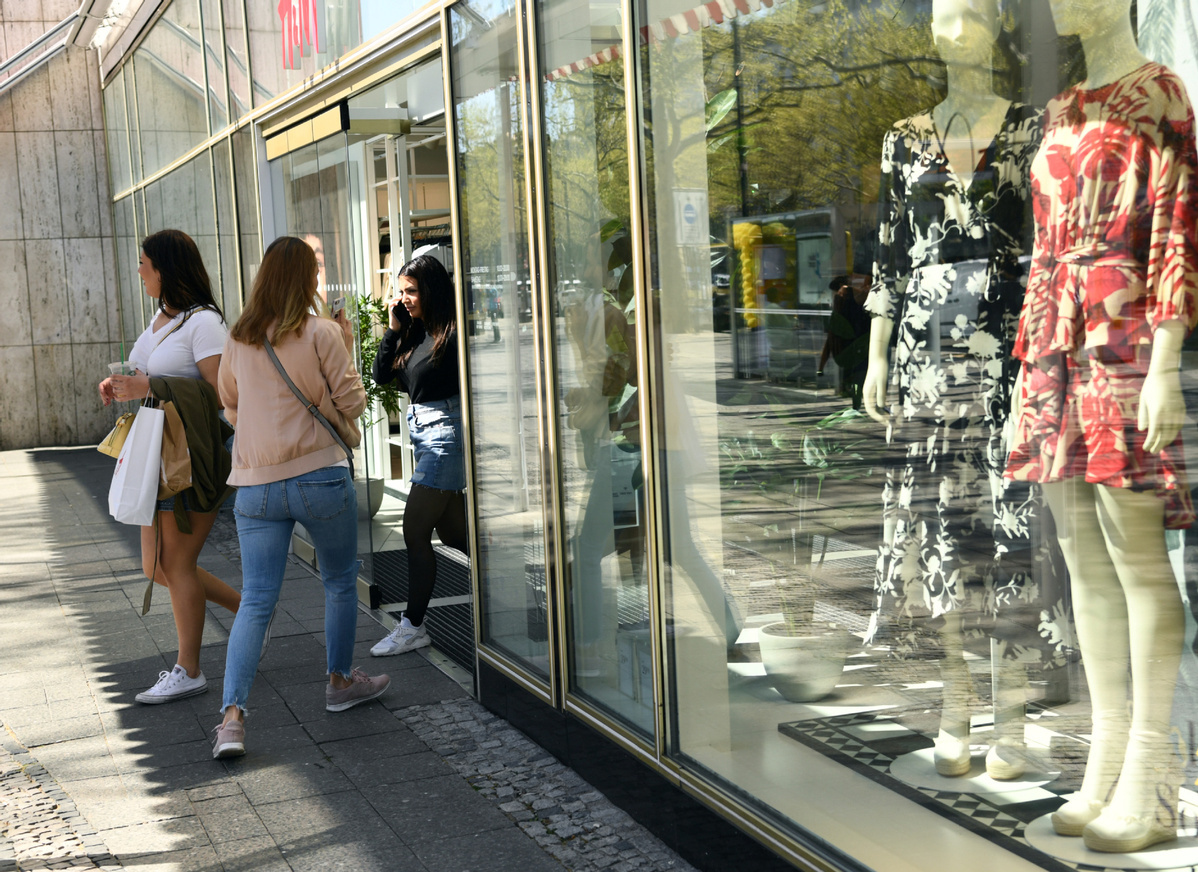 People walk through an entrance of a store at the shopping street "Kurfuerstendamm" in Berlin, Germany, on April 23, 2020. (Photo: Agencies)

BERLIN -- China was on its way to become "export destination country number one" for the German economy as the COVID-19 crisis was hitting global trade, according to a study published by the German Economic Institute (IW) on Thursday.

While the situation in many of Germany's export markets continued to deteriorate, "the Chinese economy is already looking ahead with cautious optimism," said Galina Kolev, senior economist and head of the Research Group Macroeconomic Analyses and Business Cycles at IW.

The Federal Statistical Office (Destatis) announced last week that German exports to China only decreased "rather moderately" by 12.3 percent to 7.2 billion euros ($8.2 billion) in May. At the same time, exports to the United States plummeted by 36.5 percent to 6.5 billion euros.

IW noted that the different course of the COVID-19 crisis across the world would change countries' "relative importance" for the German economy in 2020. "China's rise to export destination country number one is of particular symbolic significance," stressed Kolev.

In 2019, China already was, after the United States and France, the third most important customer of Germany's economy with exported goods worth 96.0 billion euros, according to Destatis.

The export gap between China and Germany's biggest export countries had decreased "substantially" in the first five months of the year. Official data for June is yet to be released, but IW is expecting that China already replaced France as Germany's second largest export market last month.

The current COVID-19 crisis had "accelerated a process that has been going on for several decades," said Kolev. The growth of the Chinese economy, which was already slowing down but still remained relatively high by international standards, had made China an "attractive export market."