China to boost amount of land used to grow soybeans 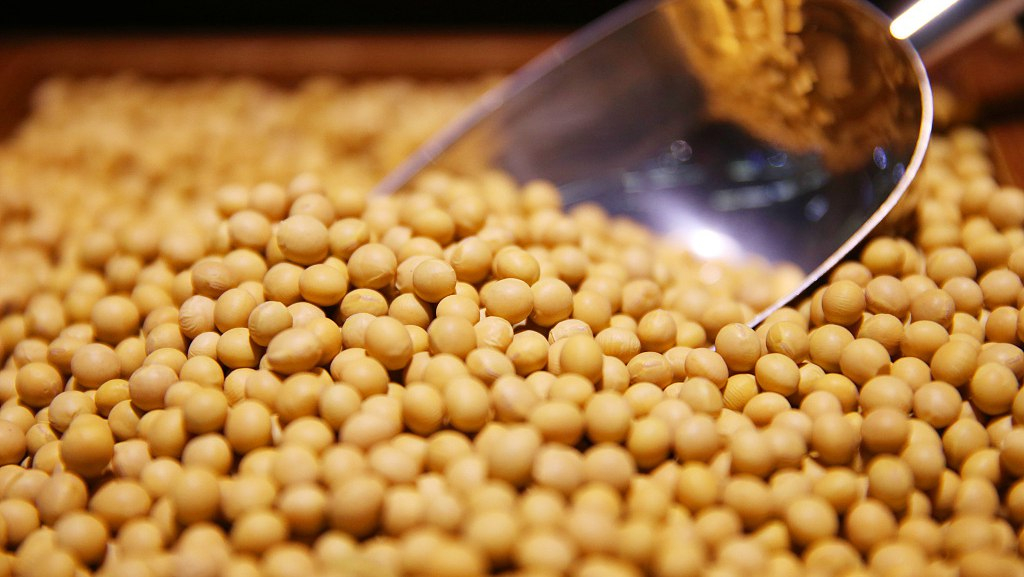 China aims to expand the land area it uses to grow soybeans. The Chinese Ministry of Agriculture said that the figure will reach 10 million hectares in the next three years.

Soybeans grow fast - just one week after Li Yanguang sowed the seeds, the oil crop started to sprout. In order to maintain the soil's nutrition levels, farmers like Li cultivate soybeans in the same fields only once in three years.

"Crop rotations are important. After planting soybeans, we will plant corns in these fields the following year to ensure high yields for both crops," said Li.

Since last year, China has been giving more subsidies to soybean farmers than corn farmers to reduce its huge corn stockpile and reliance on soybean imports after it imposed 25-percent tariffs on American soybeans in response to increased US tariffs on Chinese imports.

However, despite government subsidies, during this year's spring plowing season some farmers in northeast China had some concerns.

Although the government promised higher subsidies for soybean farmers, the exact amount per hectare differs from region to region, as the provincial governments get to lay out the incentive schemes.

Wu Yanliang, farm manager from Changtu County, northeast China's Liaoning Province, told CGTN: "The incentive scheme is usually given after the harvest season, which means farmers don't really know how much subsidy they will get at the beginning of the plowing season if they choose to grow soybeans, this might hold them back."

In northeast China's Heilongjiang Province, a region that produces over half of the country's soybeans, the subsidies for the crop last year were nearly 10 times higher than those for corn. But in Liaoning, the incentives were not as attractive.

"Our farm is located at the heart of the corn-belt region, the soil here is more suitable for growing corn. Also after doing the math, the cost on machinery for switching to soybeans is as high as the subsidies," Wu added.

Despite the challenges, it's hoped the efforts to encourage more soybean production will reduce China's dependence on foreign supplies. The country is the world's largest consumer of the crop and the destination for over half of the American exports.