BUSINESS China to bring national high-speed railways to over 30,000 km by 2020

China strives to bring the national high-speed railways to 30,000 kilometers or more by 2020, covering more than 80 percent of the cities each with a resident population of more than 1 million, according to a three-year plan (2018-2020) made by Ministry of Transport. 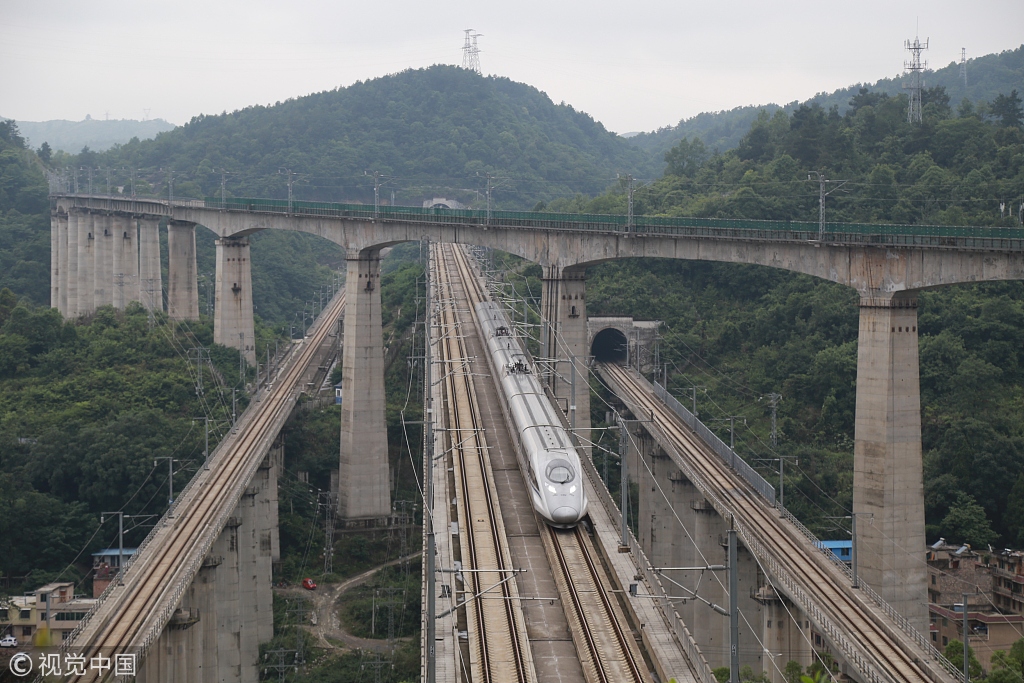 The Xinhua-run cnstock.com reported that under the plan, by 2020, the total mileage of the highways in China will reach 150,000 kilometers, covering cities and prefecture-level administrative centers each with a population of 200,000. The country will add about 180 deep-water berths at and above the 10,000-tonne in coastal ports. The civil aviation airports will basically cover the cities each with resident population of more than 200,000.

In addition, China will accelerate the process of Beijing-Tianjin-Hebei transportation integration and build a multi-level, comprehensive coverage of the integrated transportation network to form a “one-hour circle” between central urban areas of Beijing, Tianjin, Shijiazhuang and their satellite towns and new towns.

Meanwhile, China will promote the transformation and upgrading of transport services and advance construction of passenger connection system via different modes of transport, according to the plan.