BUSINESS China to build another railway linking Tibet with Sichuan

China to build another railway linking Tibet with Sichuan 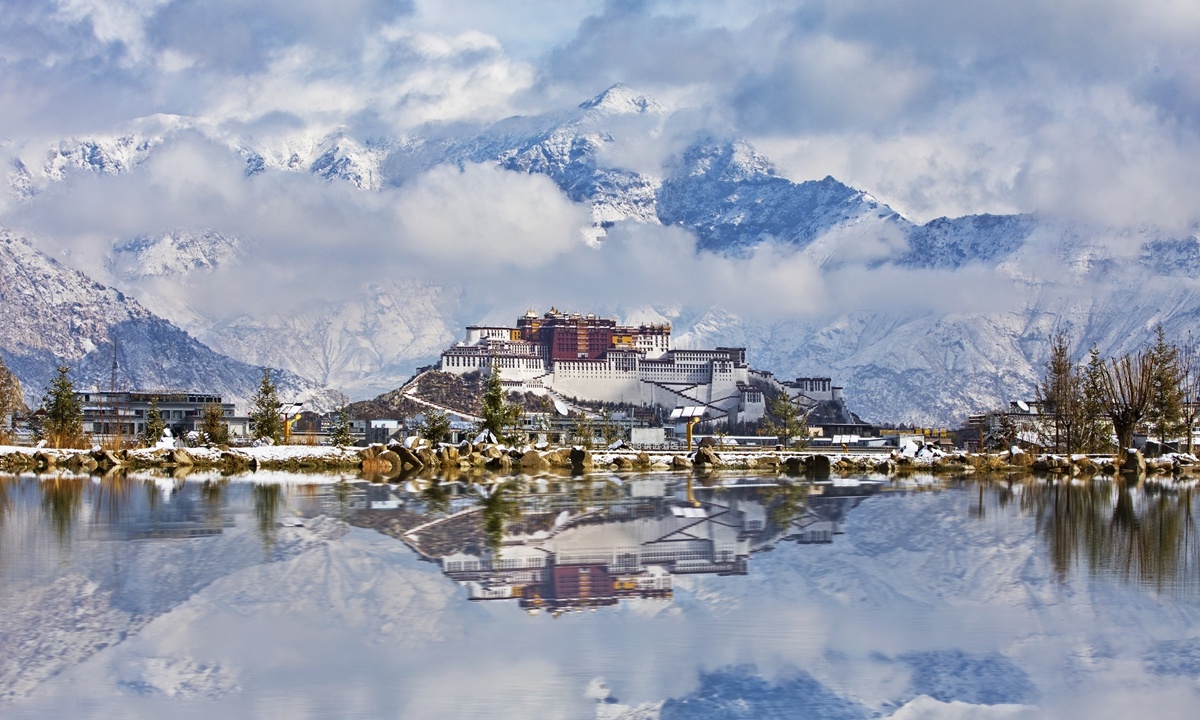 China is ready to start construction on its new Sichuan-Tibet Railway, a strategic, 1,011-km-long rail link running from Ya'an in Sichuan Province to Nyingchi in Southwest China's Tibet Autonomous Region - a project set to benefit many in the region.

"This is an amazing road to heaven, carrying us to paradise," chime the familiar lyrics of the song Road to Heaven, written to celebrate the Qinghai-Tibet Railway that opened in 2006.

Now it's Sichuan's turn after China Railway finally announced the results of a bid to construct a bridge and two tunnels, as well as a power supply project for the Ya'an-Nyingchi section on Saturday, signifying that China will now start construction of the project.

According to information garnered about the bid, it will take 10 years to complete the project, which is expected to be completed in 2030.

China Railway noted that the Sichuan-Tibet Railway must comply with the overall goal of scientific planning, technical support, ecological protection, security and reliability.

In considering the complexity of the conditions - such as low temperatures, lack of oxygen, fragile ecological environment and underdeveloped transportation system along the route - China Railway will adopt world-level technologies for the project.

China Railway told Global Times in a statement that the company will bypass many environmentally sensitive areas, and protect wild animals and plants along the route. Notably, the railway fully considers connections with airports and highways to promote a comprehensive transportation system, China Railway added.

Upon completion of the railway, Tibet's capacity for transporting both passengers and freight will increase significantly, Zhao expects.

Given that Tibet is a famous destination for tourists, some netizens on Weibo, China's version of Twitter, have expressed a desire to take the train for its beautiful scenery alone: "Before my life ends, I must take this train [for a time]," one user commented.

"Currently, materials and goods are transported into Tibet mainly by lorries and the Qinghai-Tibet Railway, so the Sichuan-Tibet Railway will further guarantee supply of goods such as oil to Tibet," Zhao noted.

One issue faced by the project is the huge gap in population size between Sichuan (83.75 million) and Tibet (3.5 million), with many wondering to what extent the project can be economically viable.

"The route will boost economic development in Tibet and Sichuan, but a more important aspect is that it maintains Tibet's security, stability and prosperity," Zhao noted.

The Sichuan-Tibet Railway strives to improve the production and living conditions of the people along the line, and serve to boost economic and social development in the region, China Railway said.