China's Ministry of Finance announced on Thursday that it will cancel the export tax rebate for soybean meal, while also raising tax rebate rates for some products, such as photographic film, plastic products, bamboo floor board, grass and rattan weaving. 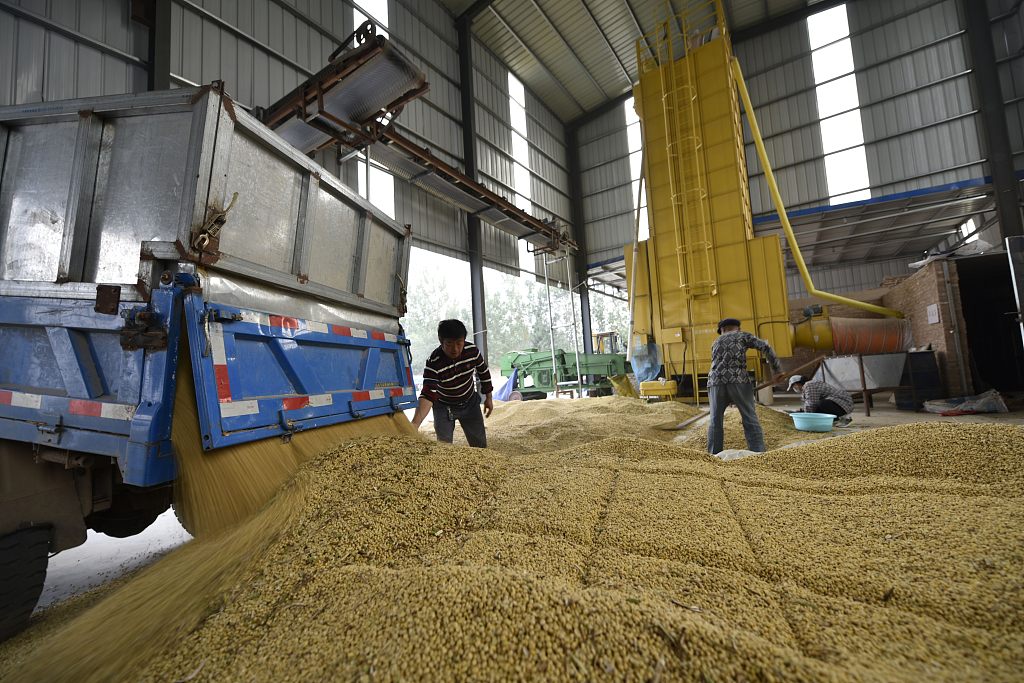 As China tries to reduce dependence on soybean imports from the US, which China used to be the largest buyer of, the suspension of soybean tax rebate rate is "clearly meant to encourage self-sufficiency and meet domestic demand," Bai Ming, deputy director of the Ministry of Commerce's International Market Research Institute, told the Global Times on Thursday.

Under the new rule, the tax rebate rate for photographic film, plastic products, bamboo floor board, grass and rattan weaving, tempered safety glass, and lamps is raised to 16 percent. The tax rebate rates for lubricants, aircraft tires, carbon fiber, and some metal products as well as some agricultural products were also raised to 13 percent, and 10 percent, respectively.

For the remaining export products, the tax rebate rates will be respectively raised from 15 percent to 16 percent, 9 percent to 10 percent, and 5 percent to 6 percent.

Bai noted that raising the tax rebate rates is more of a fair trade policy to prevent China's products suffering unfair treatment in other markets, rather than simply a reaction to boost trade or support certain sectors.