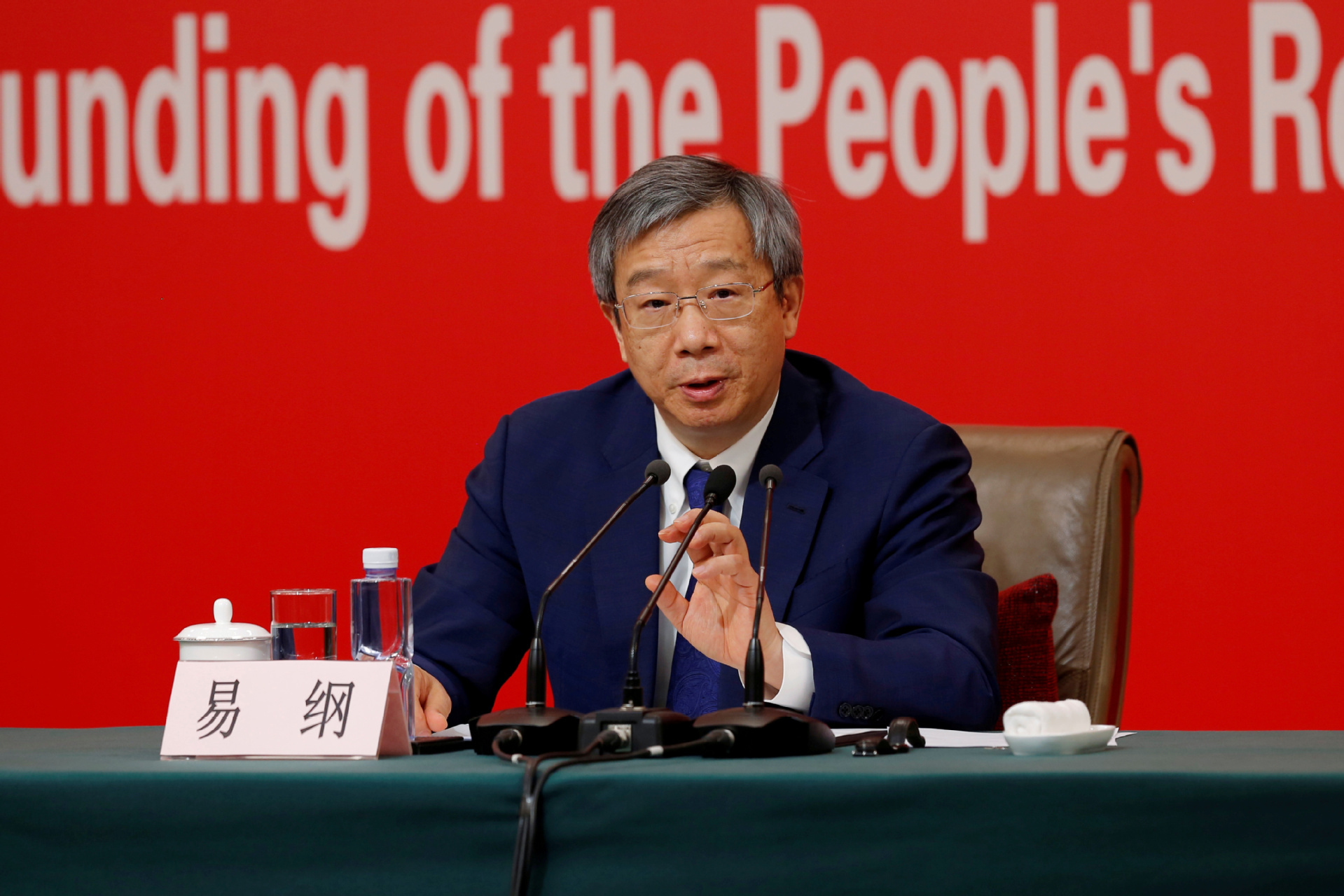 FILE PHOTO: Governor of People's Bank of China (PBOC) Yi Gang attends a news conference on China's economic development ahead of the 70th anniversary of the founding of the People's Republic of China, in Beijing, China September 24, 2019. [Photo/Agencies]

The country is working toward the full implementation of the "pre-establishment national treatment plus negative list" management system for foreign investment, said Yi Gang, governor of the People's Bank of China, in a speech via video link at the second Bund Summit in Shanghai.

Noting that foreign institutions still have many demands despite China's rapid financial opening-up, Yi said much remains to be done as the sector transforms toward the negative list management system.

Yi said coordinated efforts should be made to promote the opening-up of financial services, reform of the yuan's exchange rate formation mechanism, and the yuan's internationalization.

He also stressed improving the ability to forestall and defuse major risks when opening up the financial industry.