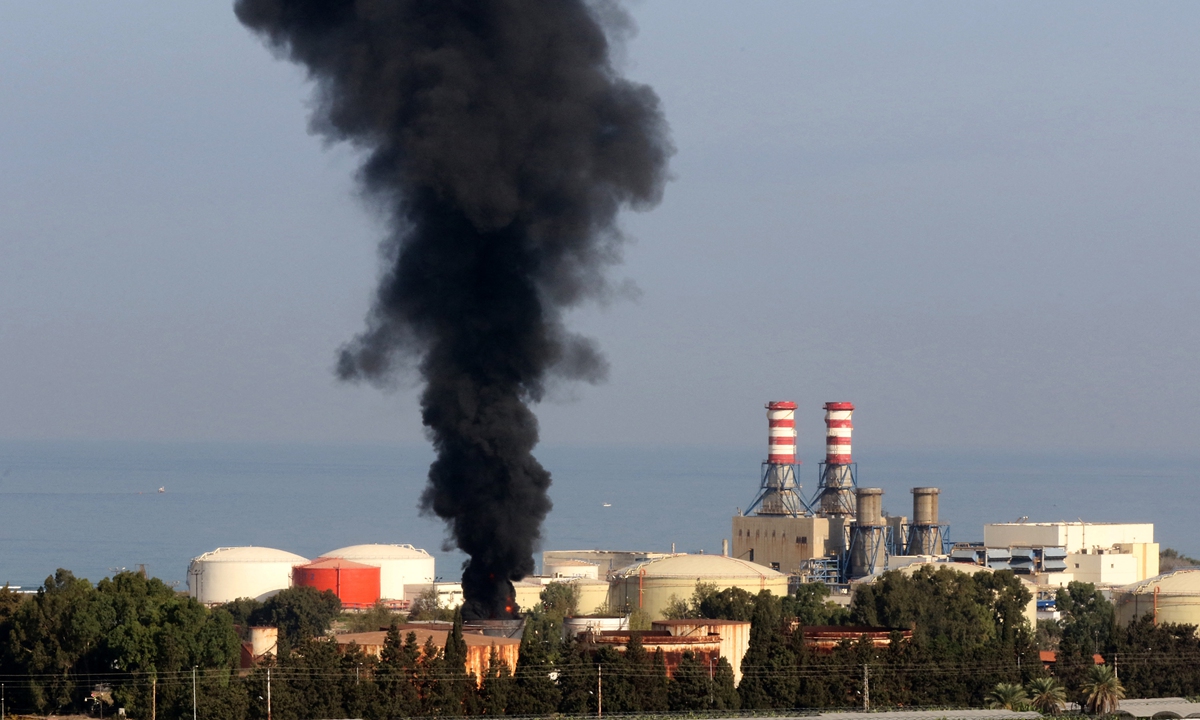 Smoke billows from a huge fire in one of the tanks at the Zahrani oil facility in southern Lebanon on Monday, sparking alarm as the country grapples with dire hydrocarbon shortages. Photo: AFP

China will modify its current energy structure with measures including establishing a carbon dioxide emissions scale control system and restricting coal-fired power projects, He Lifeng, chairman of National Development and Reform Commission, said in an article published in the People's Daily on Monday.

The article, which reinitiated the efforts that China will undertake to achieve the carbon emissions peak and carbon neutrality goals, was published one day after Chinese authorities unveiled a guiding document on the country's work to achieve those targets under a new development philosophy.

China will deepen reforms on its energy system and push its energy manufacturing/production to undergo low-carbon transition, said the article. He also noted that China will strictly control the growth of coal consumption between 2021-25, while pushing the construction of large-scale wind power and photovoltaic bases.

The article also notes that China will develop water hydro energy based on geographical conditions, as well as develop nuclear power under the premise of safety.

Apart from adjusting its energy structure, the country would arrange the research of key carbon technologies, such as intelligent power network, energy storage and hydrogen production from renewable energy.

According to the guideline document released on Sunday, China aiming to ensure its carbon dioxide emissions peak, stabilization and gradual decline by the year of 2030. By 2060, China will be carbon neutral and have fully established a green, low-carbon and circular economy.

He stressed that the work on carbon goals will help China form a "new, green economic momentum" and sustainable growth engine, while noticeably enhancing China's economic and social development quality.

He also noted that the carbon missions need participation and efforts from all of China ranging from local governments to industries, enterprises and the public. At the same time, China needs to enhance global cooperation in low-carbon development, such as supporting countries along the Belt and Road route to carry out clean energy exploitation.