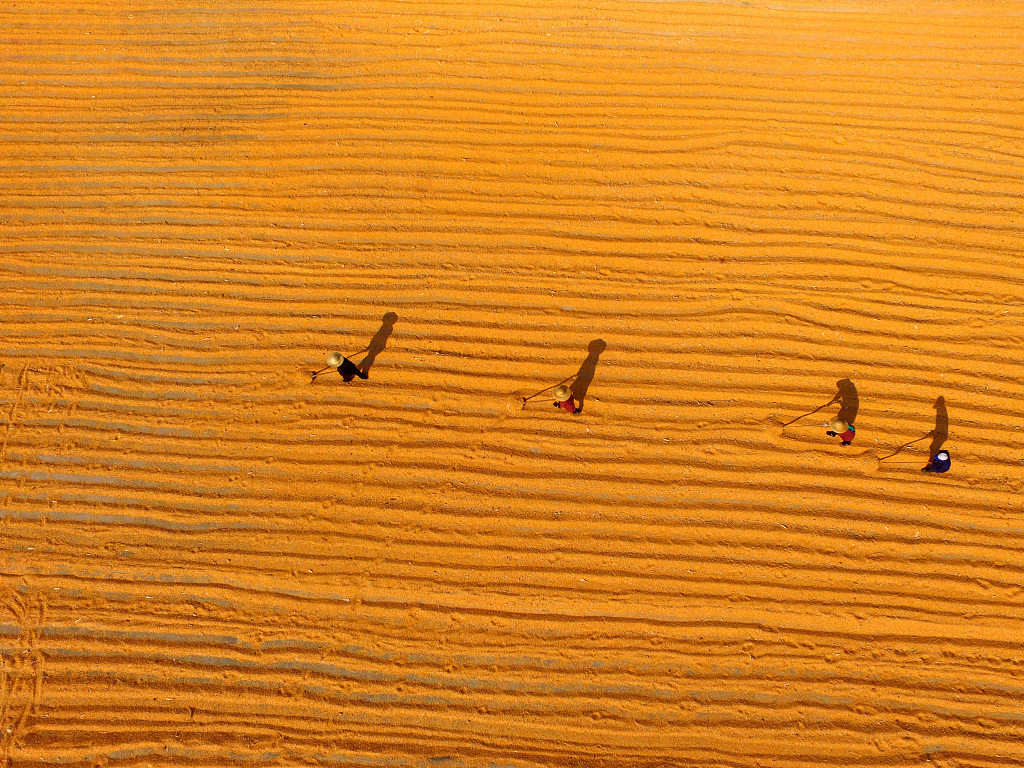 A senior Chinese official said Sunday that the country will move to produce at least 600 million tonnes of grain in 2019.

The country also vowed to keep its grain sown area stable at 1.65 billion mu (110 million hectares) next year, the Minister of Agriculture and Rural Affairs Han Changfu said at a work conference.

Han said securing the country's food always remains a top priority of the ministry, and efforts cannot be slackened.

China has achieved another year of bumper harvest in 2018 with grain output remaining at a high level of 657.9 million tonnes, albeit down 0.6 percent from 2017.

Han said the country will beef up supportive policies to ensure grain production, enhance efforts on disaster relief and plant disease prevention and treatment as well as pest control.

To boost grain production, the country aims to cultivate 800 million mu of high-standard farmland by 2020, he said.