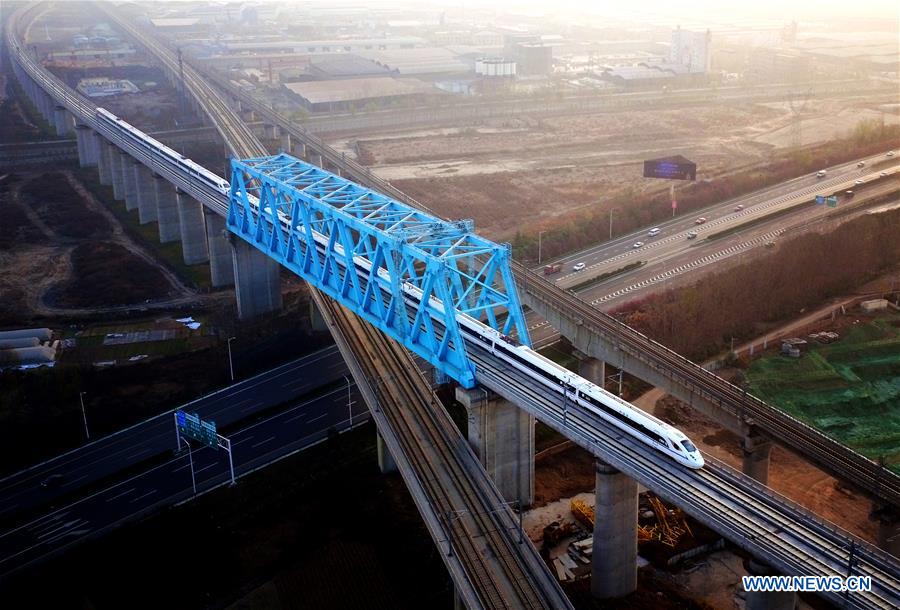 BEIJING, Dec. 22 (Xinhua) -- To ensure steady economic growth, China has vowed to strengthen countercyclical adjustments in its macroeconomic policy, according to a key meeting on economic work.

In 2019, China will comprehensively and properly use its macro, structural and social policies to make sure the economy can grow in a reasonable range next year, read a statement released Friday after the annual Central Economic Work Conference.

In using its macro policy, the country should strengthen countercyclical adjustments, continue to implement the proactive fiscal policy and prudent monetary policy, make pre-emptive adjustments and fine-tune policies at the proper time, and stabilize the aggregate demand, the statement added.

The functions of countercyclical adjustments are emphasized amid the current downward trend of domestic and external demand, according to a research note from the Bank of Communications (BoComm) released Saturday.

While fully acknowledging this year's economic performance, the country must see that there are new and worrisome developments amid generally steady economic operation, the statement said, adding "the external environment is complicated and severe, and the economy faces downward pressure."

Next year, bolder and more effective measures must be taken to implement the proactive fiscal policy, including larger cuts in taxes and fees and a relatively large increase in the scale of special-purpose local government bonds, it said.

BoComm forecast that China will expand its fiscal expenditure in 2019, with the budget deficit ratio likely to be raised to around 3 percent from this year's 2.6 percent.

The increase will help lift market confidence and better capitalize on the role of proactive fiscal policy in sustaining growth, the BoComm note said.

This view was shared by the macro team of investment banking firm CICC, which also estimated the deficit ratio at "around 3 percent."

"The value-added tax rate for the top bracket may be cut by 2 percentage points (ppt) and the social insurance contribution rate may be reduced by 5 ppt. The issuance of special local government bonds will likely exceed 2 trillion yuan," the CICC said in a research note.

The key economic meeting also made it clear that China will keep the prudent monetary policy "neither too tight nor too loose" while maintaining market liquidity at a reasonably ample level.

The monetary policy transmission mechanisms will be further smoothed out while the proportion of direct financing will be increased to make financing more accessible and affordable for the private sector and small businesses, the statement added.

BoComm said the country's prudent monetary policy next year may be tilted toward the loose end, and will feature more targeted and precise macroeconomic control measures.

It forecast that there will be two to three cuts in the reserve requirement ratio, but there will unlikely be any broad cuts in interest rates.

The People's Bank of China, the country's central bank, may lower the interest rates for open market operations, the CICC said.

As China's development has sufficient resilience and huge potential, the trend of long-term growth with a sound momentum will not change, according to the meeting.