BUSINESS China to focus on quality of photovoltaic industry

China to focus on quality of photovoltaic industry

The Chinese government said that it would promote the development of the photovoltaic industry from large scale to high quality, according to a news report by the Xinhua News Agency on Monday. 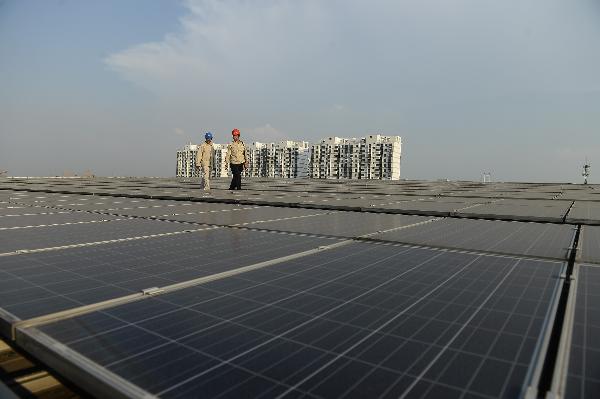 To achieve this goal, China had made some adjustments to its plan to develop the industry.

The government believed that on the one hand, this would help to inspire related companies to improve their quality with lower costs and by curbing irrational expansions as the subsidies from the government would be reduced.

On the other hand, it would relieve the government from subsidy pressure. So far, subsidy insufficiency on renewable energy power generation has reached an accumulative amount of over RMB 120 billion.

"If the gap continues to expand, the whole industry would be influenced negatively. To reduce the newly-added construction in need of subsidy could help avoid systematic risks and be beneficial to the industry in the long run.

Besides, the move will also avail of reducing non-technological costs by the local governments and creating a fair and sound business environment, according to the official.

China's adjustments for the industry will not be a "one size fits all" policy, but one that varies with the category.

The number of newly-added common and dispersive programs that need subsidies will be limited reasonably; Leading programs will be arranged according to their situation, and programs related to poverty relief or in no need of grants will be supported, and their development will be led in an orderly fashion by the government.

Meanwhile, China will lose no time to research the timetable of promoting market-driven photovoltaic power generation, and the pace will be controlled reasonably.