BUSINESS China to have a bumper harvest of wheat in 2021

China to have a bumper harvest of wheat in 2021 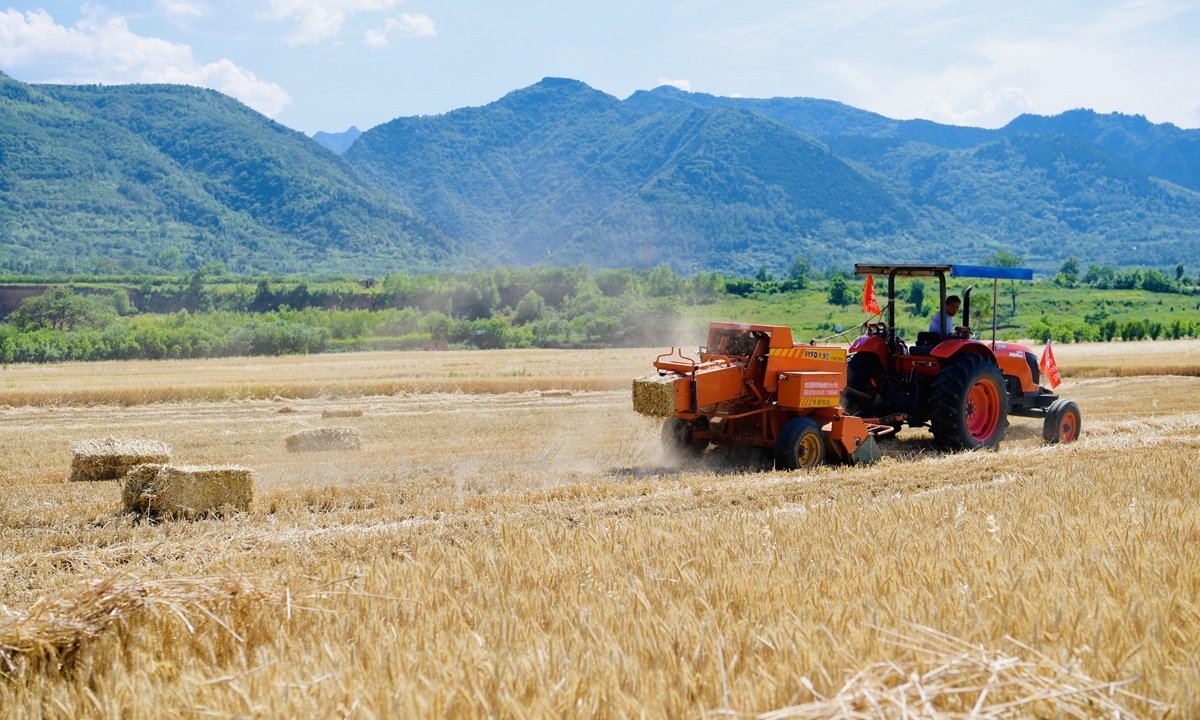 With sufficient inventory, adequate reserves and abundant supply, China's wheat reserves can meet consumer demand for more than one year, an analyst with the National Food and Strategic Reserves Administration said on Tuesday.

Currently, wheat produced in 2020 and imported wheat are all supplied to the market, and the market supply is fully guaranteed, Wang Xiaohui, chief analyst at the China National Grain and Oils Information Center under the National Food and Strategic Reserves Administration, told a press conference in Beijing on Tuesday.

Some farmers and traders still hold some wheat for 2020, which can fully meet the demand of flour-making companies. Due to the large inventory of wheat, some flour companies are even selling wheat which they don't need, Wang said.

Production is also assured. The sown area of winter-spring wheat this year has increased by about 3 million mu (200,000 hectares) year-on-year, ending four consecutive years of acreage decline, according to Wang.

"As long as there is no prolonged rain before the winter-spring wheat harvest, and no large-scale wheat scab, the grain will have another bumper harvest this year," said Wang.

The comments come as China's imports of soybeans, and corn and wheat, have all soared. From January to March, China imported 6.727 million tons of corn, growing more than fivefold from the previous year, while quarterly wheat imports more than doubled from a year earlier to reach 2.925 million tons, customs data showed.

Concerns are rising that strained diplomatic relations with Australia, a main grain exporter, may affect China's overall supply of wheat.

Wang predicted that China's wheat production and prices are likely to increase this year, while he hopes that all market entities will purchase grain rationally, and that grain retailers will sell their crops in a timely manner to jointly maintain smooth operation of the wheat market.