BEIJING, March 6 (Xinhua) -- China is well equipped to stimulate the development of a robust domestic market and keep unlocking the huge potential of domestic demand, an official said Wednesday. 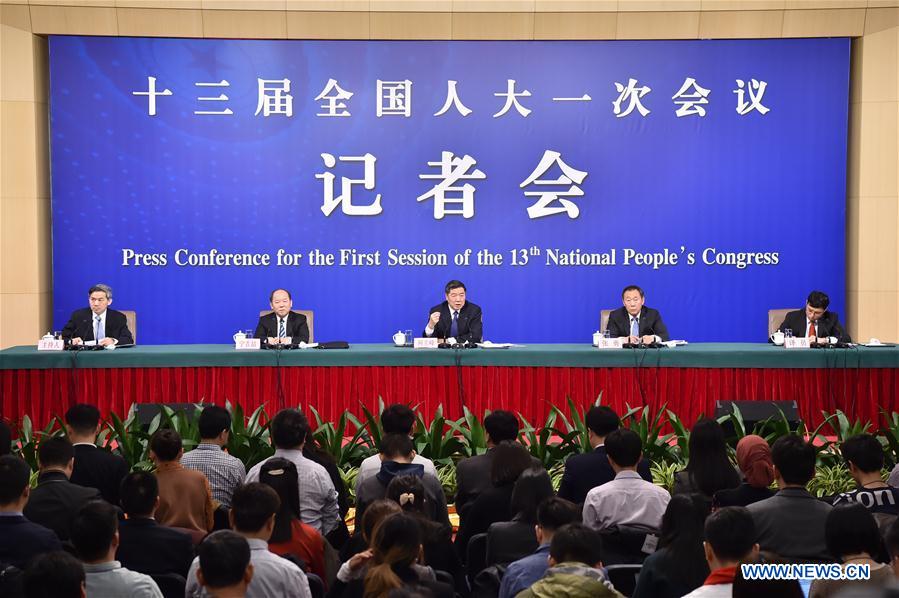 Head of the National Development and Reform Commission (NDRC) He Lifeng (C), deputy heads of the NDRC Zhang Yong (2nd R) and Ning Jizhe (2nd L) take questions during a press conference on innovation and improvement of macro-economic control and promotion of high quality development for the first session of the 13th National People's Congress in Beijing, capital of China, March 6, 2018. (Photo: Xinhua)

China's huge population, growing new economic momentum, ongoing urbanization and rising spending power of residents all point to the development of a robust domestic market, He Lifeng, head of the National Development and Reform Commission, told a news conference on the sidelines of the annual legislative session.

The country's domestic markets of consumer goods and means of production are gigantic given the nearly 1.4 billion population and an estimated 110 million market entities, he said.

Noting that the spending power of China's urban and rural residents keeps growing, He said sectors like elderly and child care, automobile, and home appliances will generate massive market opportunities.

The NDRC is implementing a raft of measures to boost consumption, he said, adding that the domestic market will keep growing with the supportive policies put in place and more high-quality products and services available.