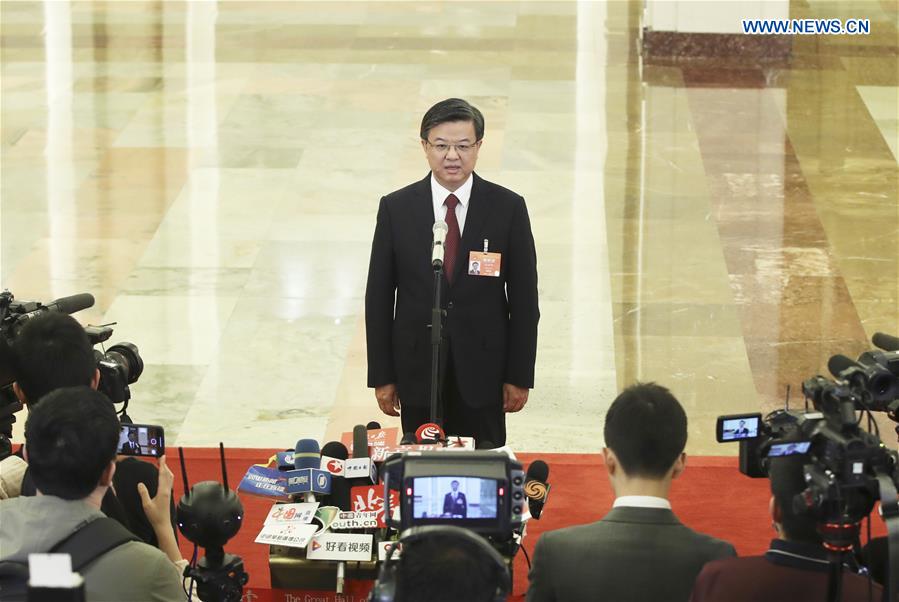 Ni Yuefeng, head of the General Administration of Customs, receives an interview after the opening meeting of the second session of the 13th National People's Congress at the Great Hall of the People in Beijing, March 5, 2019. (Photo: Xinhua)

BEIJING -- China will roll out policies to facilitate the development of new drivers of foreign trade, a senior customs official said in an interview with Xinhua.

The government is studying bonded policies covering the full industrial chain in a bid to forge new business forms with a competitive edge and nurture new growth engines of foreign trade, said Ni Yuefeng, head of the General Administration of Customs (GAC).

China will give full play to the role of comprehensive bonded zones, promote Internet Plus customs and optimize the regulation of the express delivery industry, Ni said, underscoring that the GAC's reform should meet the demands of market entities and keep with international rules and regulations.

Efforts will also be made to improve the efficiency of customs clearance and cut related fees, so as to better develop a more open economy, Ni added.