BUSINESS China to promote further cross-border use of RMB

China to promote further cross-border use of RMB

China will further facilitate cross-border use of the renminbi to promote pilot programs to boost trade and investment, making it possible for more foreign central banks and monetary authorities to hold the currency as a reserve asset, according to a report from the nation's central bank. 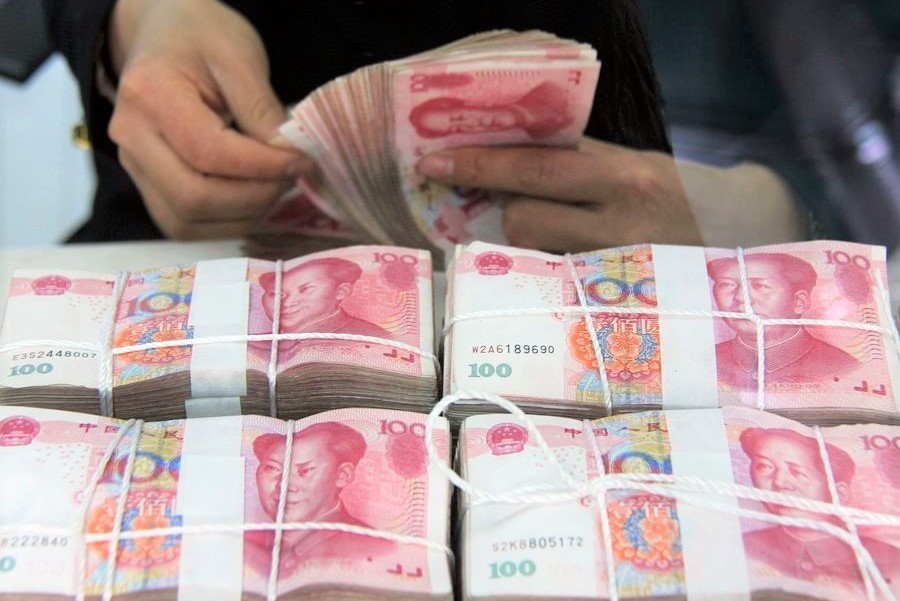 Cross-border use of the RMB has sustained rapid progress and maintained robust growth this year, even amid the impact of the COVID-19 pandemic, which has severely hit global trade, finance and the economy, analysts said, commenting on the report released late on Aug 14 by the People's Bank of China.

More than 70 central banks and monetary authorities worldwide have incorporated the RMB into their foreign exchange reserves so far, according to the PBOC's 2020 RMB Internationalization Report.

The central bank promised to steadily push forward RMB internationalization based on market forces and the orientation of better serving the real economy.

"We expect more foreign traders to join crude oil, iron ore and other commodity futures trading and use the RMB more frequently in real commodity trading. More varieties of RMB-denominated financial products will be provided," it added.

Under the complex international environment at the moment, "RMB internationalization is not a subordinate target that can be sacrificed, but a major issue related to whether China's economy can effectively alleviate the impact of external shocks", Jin added.

Supported by the monetary authorities' policies, analysts expect more market participants will accept the RMB as a settlement and payment currency, especially those located either in neighboring countries or areas related to the Belt and Road Initiative. Free trade zones and the Guangdong-Hong Kong-Macao Greater Bay Area will become the driving force of RMB cross-border payment.

The yuan's share of global foreign exchange reserves hit a record high of 2.02 percent as a global currency in the first quarter, according to the IMF. This was the highest level since the fund first published details of renminbi reserve assets in 2016.

The fund also said that by the end of 2019, the scale of renminbi reserves had reached $217.67 billion, accounting for 1.95 percent of the total foreign exchange reserves of designated currencies, ranking fifth and surpassing the Canadian dollar's share of 1.88 percent.

Due to the impact of China-US trade frictions and other external vulnerabilities, the foreign exchange market showed increased fluctuations, and more enterprises prefer to use the RMB as a safe investment asset to mitigate risks, said Guan Tao, chief global economist at BOC International (China) Co Ltd.

Another survey conducted recently by the Bank of China also showed that the international currency status of the RMB reached a new high in 2019.

About 80 percent of domestic and foreign respondents to the survey believed that the RMB's role as an international currency will not be inferior to that of the Japanese yen or the British pound in the next decade. The result was 3 percentage points higher than that in 2018, and had continued to rise for four years since 2016, Bank of China said.