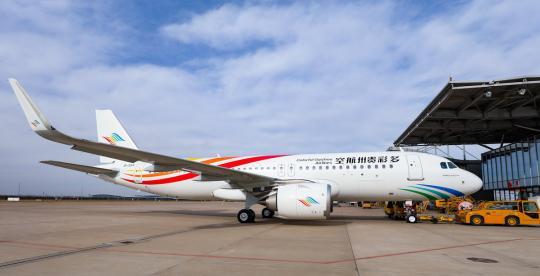 A view of the Airbus A320neo aircraft in Tianjin. (Photo: China Daily)

China will need 7,576 more passenger aircraft over the next 20 years, according to a recent report released by the Aviation Industry Corporation of China, Ltd.

By the end of 2019, China's civil aviation fleet included 3,818 aircraft, including 3,645 passenger aircraft and 173 all-cargo freighters.

The report forecasts that China's air passenger transport market will be dominated by flights on domestic routes before 2024.

As China has seen effective prevention and control of COVID-19, the country's air transport industry is expected to recover more rapidly than other major foreign markets. The average annual growth rate of China's air passenger transport turnover from 2020 to 2039 is projected to come in at 5.3 percent, according to the report.