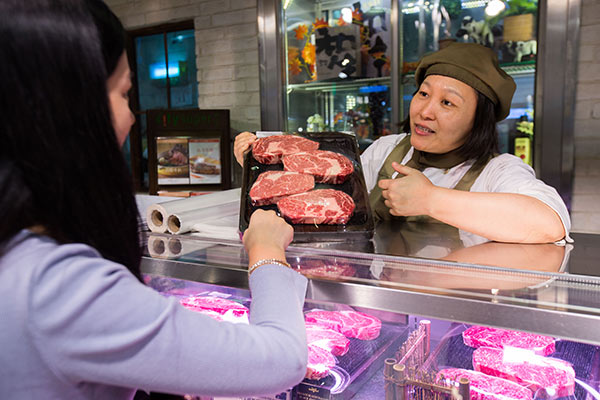 China banned imports of these products on June 25 after some Canadian meat tested positive for ractopamine, a feed additive, and was shipped with forged inspection certificates.

On Wednesday, Foreign Ministry spokesman Geng Shuang confirmed that China had agreed to end the ban.

Canada has proposed measures to rectify loopholes in the certification process, Geng said, adding that Beijing has assessed the measures and found they meet national safety requirements.

Charlie Christie, chairman of industry association Alberta Beef Producers, said he expects the resumption to have an "immediate effect on markets". He said prices for calves have been "sluggish" this fall, and he believes "this is going to have a positive effect throughout the entire system".

Canadian Meat Council President and CEO Christopher White said industry representatives will soon go to China to meet with authorities "at all ports" where Canadian meat products enter the country.

Canadian Governor-General Julie Payette said Ottawa and Beijing can use the 50th anniversary of diplomatic ties in the coming year to "bridge any divide" between the two countries.

Geng said China is not to blame for the current difficulties in Sino-Canada relations.

He urged the Canadian government to immediately release Huawei CFO Meng Wanzhou and allow her return to China safely, and to make practical moves to push bilateral ties back on track as soon as possible.