BUSINESS China to retaliate against US to defend own interests

China to retaliate against US to defend own interests 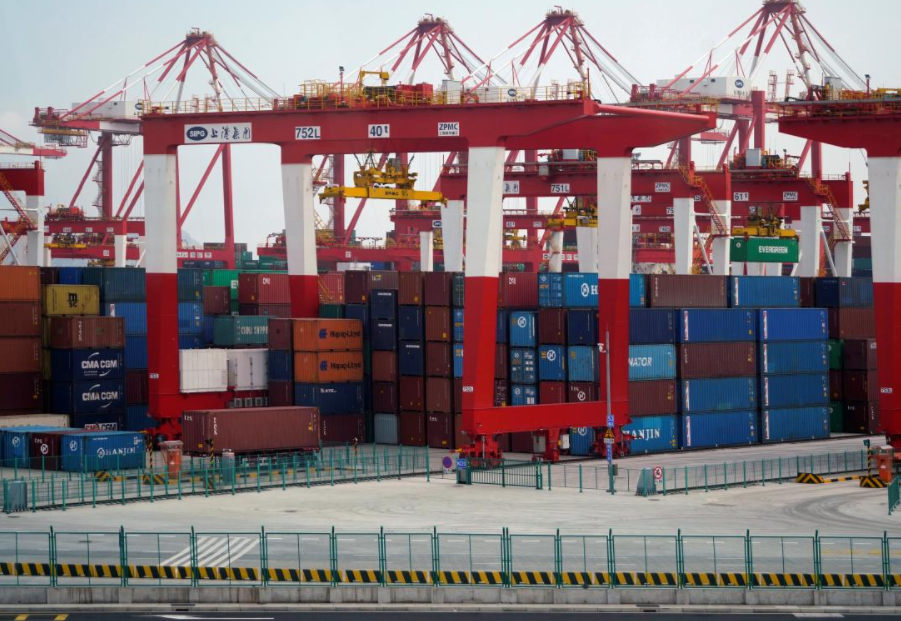 China has brought a suit in the WTO against the US on Friday over the latter's imposed tariffs, China's Ministry of Commerce (MOFCOM) said the same day.

No one will win by fighting a trade war, yet China will implement countermeasures against US tariffs, Chinese Premier Li Keqiang said on Friday during his official visit to Bulgaria.

China's Foreign Ministry said Friday that China has already begun implementing tariffs on some US goods in response to the 25 percent US tariffs.

The Xinhua News Agency reported that China's additional tariffs on some US products took effect at 12:01 am (Beijing Time) Friday, citing the country's customs authority.

Lu Kang, Foreign Ministry spokesperson, told a regular press briefing on Friday that "if anything, unilateral pressure is futile," adding that any person should not have any illusions. "When China's interests are treated unfairly, it has every reason to fight back," Lu said.

China is forced to take necessary retaliatory measures to defend the nation's core interests and the Chinese people's interests following the US' "largest-scale trade war in history," said a statement on the website of China's Ministry of Commerce.

The statement was posted immediately after the US' scheduled tariffs on $34 billion in Chinese products took effect at 12:01 pm (Beijing Time) Friday.

"The duties are typical bullying behavior, which will have a serious impact on the global industrial and value chain and pose obstacles to global economic recovery," the ministry said.

The duties will affect "innocent" transnational companies, ordinary companies as well as global consumers, it added, noting US enterprises and consumers will also be hurt.

William Zarit, chairman of the American Chamber of Commerce in China, told the Global Times Friday in a note that "there are no winners in a trade war. Counter-productive import tariffs, such as these, hurt not only the economies of the US and China but those of every country in the world."

Zarit said he is concerned with US firms doing business in China, stressing that "increased tensions between China and the US will negatively impact their operations in China.

"We urge the two governments to return to the negotiating table for productive discussions based on achieving results - focused on fairness and reciprocity- instead of escalating the current situation," Zarit said.

China has promised not to fire the first shot amid the trade row, however, is forced to take retaliatory measures, MOFCOM stressed, adding it will report the situation to the WTO in the hope of defending free trade and the multilateral mechanism.

MOFCOM also noted that China will closely monitor the impact of US tariffs on companies and take measures to help them.

Bai Ming, a research fellow at the Chinese Academy of International Trade and Economic Cooperation, told the Global Times Friday on Friday that "it's hard for further negotiations between China and the US based on the two sides' firm stance."

"China has been sincere in the discussions, while the US has shown none. It even went further," Bai noted.

Lian Ping, an economist with the Bank of Communications, said the impact of US tariffs on China's GDP will be limited. "China can withstand the tariffs even if the US adds more Chinese products on its list."

"As for the markets, the impact is usually strongest between the announcement of the tariffs and their implementation. That means their impact will be weaker after the actual implementation," Lian told the Global Times Friday.