China will see a surge in train trips on Thursday as an eight-day national holiday draws to a close, according to the China State Railway Group Co., Ltd. 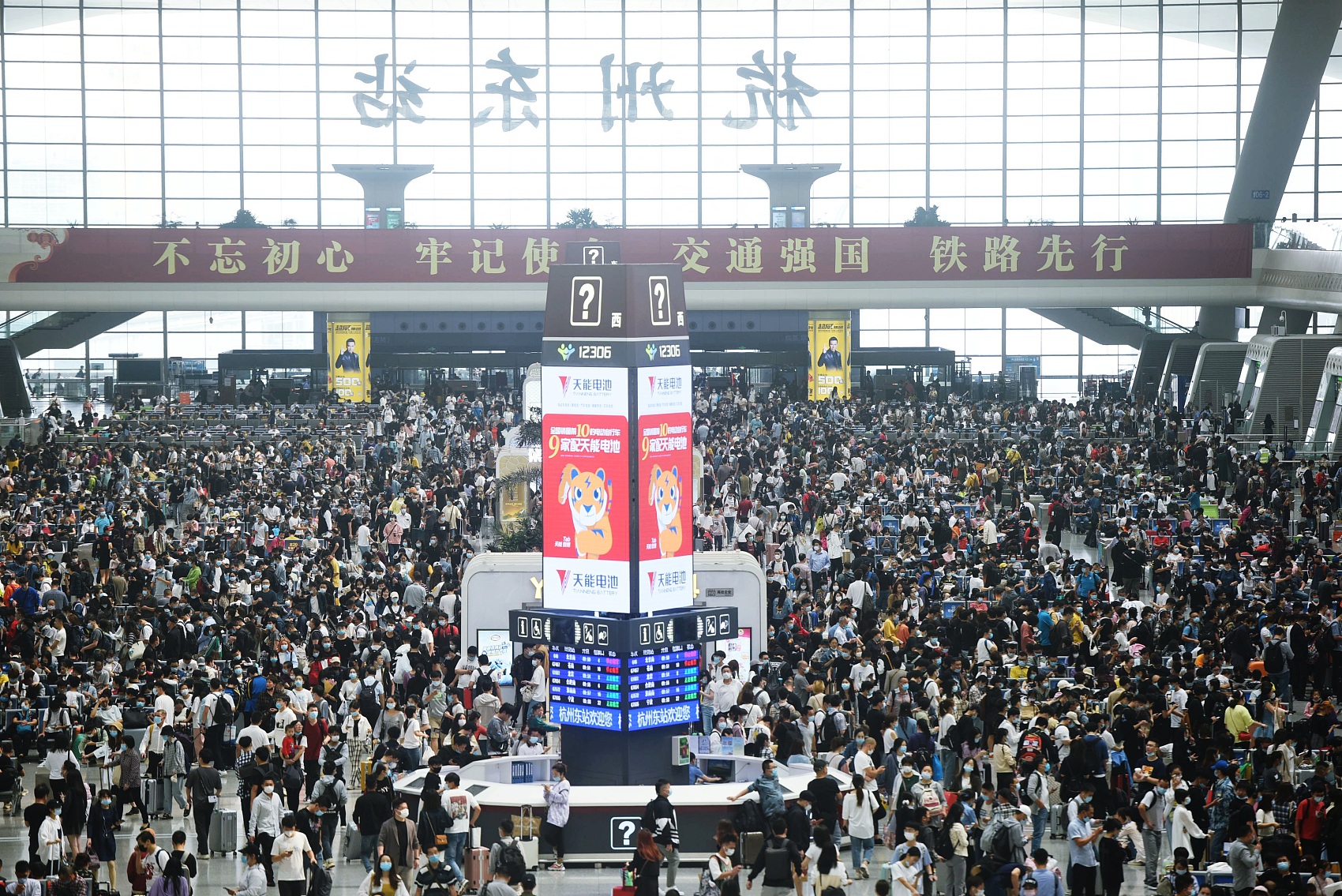 On Thursday, 13 million train trips are expected, and 1,234 additional trains have been put into operation to handle the spike in trips involving tourism and family visits.