BUSINESS China to set up more CBZs this year

China to set up more CBZs this year 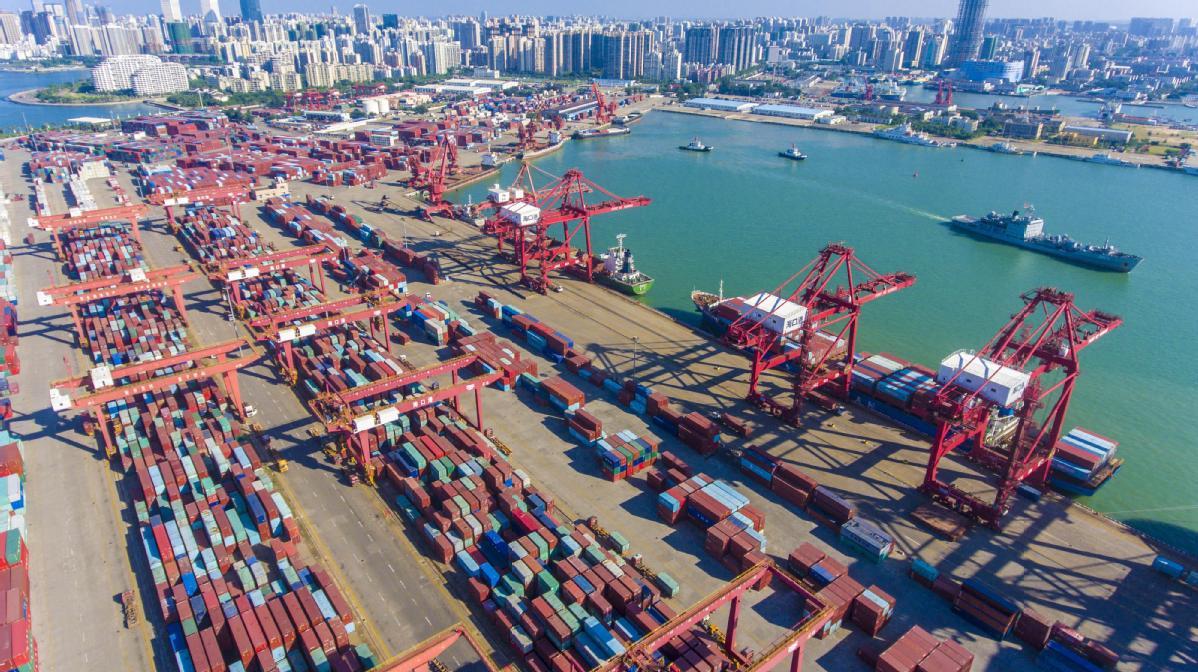 China will expand the number of comprehensive bonded zones (CBZs) to 150 by the end of this year, especially in its central and western regions, to further stabilize foreign trade and investment, a top Customs official said on Wednesday.

New policy measures will be enacted to encourage participation from more companies and projects, especially setting up CBZs within national level new areas and economic development zones later this year, said Ni Yuefeng, minister of the General Administration of Customs.

A comprehensive bonded zone is a special Customs supervision area established by the Chinese government with reference to the free trade zones (parks) that are commonly used internationally.

In addition to an abundance of preferential policies for foreign trade and comprehensive functions, the CBZ is also proficient in developing bonded processing, logistics and services, and other businesses.

The value of imports and exports of China's comprehensive bonded zones stood at 1.4 trillion yuan ($201.69 billion) during the first six months of this year, up 13.2 percent on a yearly basis, accounting for 9.97 percent of the nation's total foreign trade volume, according to GAC data.

Ni said the administration will also support Hainan Island's development into a high-level free trade port and advance reforms for the regulation of cross-border e-commerce to help businesses better tap the global market.

Ni reiterated that China's foreign trade has the conditions and capabilities to achieve high-quality development, though the COVID-19 epidemic has dealt a heavy blow to the global market.

According to World Trade Organization estimates, global merchandise trade volume is likely to slump by around 18.5 percent on a yearly basis in the second quarter of this year.

Under these circumstances, China's foreign trade has beaten market expectations in recent months. Total foreign trade volume rose 6.5 percent on a yearly basis in July, with exports and imports up 10.4 percent and 1.6 percent respectively.

He attributed the sector's resilience to the government's timely measures to curb the spread of the contagion. These moves created conditions for foreign trade businesses to resume operations, along with a string of other policies to help businesses tide over difficulties.

Customs authorities will further simplify clearance procedures and cut logistics costs to optimize the business environment at ports in the second half of this year, Ni said, adding the government will continue to improve the level of facilitation of Customs clearance at railway ports to serve the safe, stable and high-quality development of China-Europe freight train services.

Ni said that export-oriented firms, in particular private businesses, have kept spending more on innovation in the first half of this year, which also helped underpin growth in the country's foreign trade.

About 3.3 billion yuan will be invested in the new facility. It is expected to attract about 1,000 researchers within five years and scheduled to be operational in the fourth quarter of 2021.

As the private sector has become the main contributor to job creation and technological innovation and an important source of tax revenue, it will play a critical role in developing the market economy, transforming government functions, transferring surplus rural labor and exploring the international market, said Sang Baichuan, an economics professor at the University of International Business and Economics in Beijing.