The State Council, China's cabinet, on Friday stressed measures to stabilize employment to ensure the completion of its annual target. 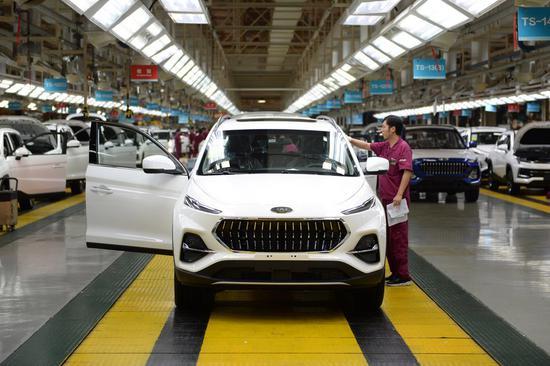 It also passed a development plan for the country's new energy vehicle (NEV) industry to foster new growth areas of green development, according to a statement issued after a State Council executive meeting chaired by Premier Li Keqiang.

Stressing the importance of employment in stabilizing economic fundamentals, the meeting said that despite achievements made in the job market in the first eight months of the year, the country still faces pressure in stabilizing employment.

Efforts should ensure the implementation of policies that help firms manage difficulties, boost employment, and encourage entrepreneurship. The government also vowed to beef up employment support for key groups such as college graduates and migrant workers, while encouraging flexible employment and creating jobs through multi-faceted measures.

To meet new demands from green consumption, the meeting approved a plan to boost the country's NEV industry, while giving full play to the decisive role of the market in resource allocation and guiding an orderly development of the industry.

It also underlined efforts to tackle vital technologies, consolidate the construction of infrastructure including charging facilities, and strengthen international cooperation in this field, as well as ramp up policies to facilitate the use of NEVs in the public service sector.

To promote higher-level opening-up, the country will roll out preferential tax measures concerning international shipping in parts of the Guangdong-Hong Kong-Macao Greater Bay Area, according to the statement.