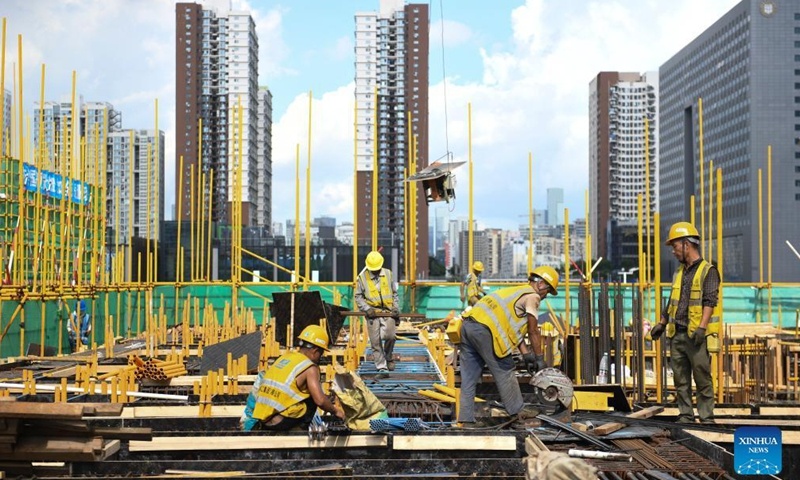 The Chinese central government will experiment with its future cross-border yuan business in Shenzhen's Qianhai, which will help expand the depth and scope of Hong Kong's offshore yuan business and reinforce the city's role as the world's largest offshore yuan market, a senior Chinese official said on Thursday.

The experiments will be rolled out as support measures to enhance the economy of the Guangdong-Hong Kong-Macao Greater Bay Area, after the central government rolled out two plans recently to enhance cooperation and push the opening-up levels of two cities in the area - Hengqin Island in Zhuhai and the Qianhai Shenzhen-Hong Kong Modern Service Industry Cooperation Zone in Shenzhen, according to Pan Gongsheng, deputy governor of the People's Bank of China (PBC), China's central bank.

It is also an extension of China's financial opening-up efforts, as China has continuously rolled out measures to open up the financial sector in recent years, from scrapping foreign ownership limits to generating new channels for overseas capital to flow into Chinese mainland markets, experts said.

At the press conference, Pan said that two cross-border financial links between the mainland and Hong Kong and Macao special administrative regions - the cross-border wealth management link and the southbound leg of the Bond Connect program - will officially start soon. The programs will facilitate investors from the mainland, Hong Kong and Macao to invest more easily in sectors including bonds and investment products sold by banks.

Dong Dengxin, director of the Finance and Securities Institute of Wuhan University, told the Global Times on Thursday that the launch of the southbound leg of the Bond Connect will close a loophole of capital channels between the mainland and Hong Kong, facilitating the connectivity of the capital market.

Pan mentioned other financial reforms the central government would take to construct Hengqin and Qianhai, such as designing an open financial mechanism for Hengqin and pushing higher-level capital-account opening-up between Hong Kong and Shenzhen.

Both officials and experts stressed that the measures will reinforce Hong Kong's role as a global offshore yuan market.

Xi Junyang, a professor at the Shanghai University of Finance and Economics, said that eventually, the yuan might be allowed to flow freely in and out of Qianhai to invest in bonds and other financial assets. Officials might also allow offshore yuan to be used in bulk commodity payments in the Qianhai area.

"The opening-up measures in Qianhai will boost interaction between Hong Kong and mainland financial institutions, like bond investment, which will enlarge Hong Kong's financial business scale further," he said.

According to Pan, Hong Kong is home to a yuan capital pool of more than 800 billion yuan ($124 billion), which provides important support to the yuan's internationalization.