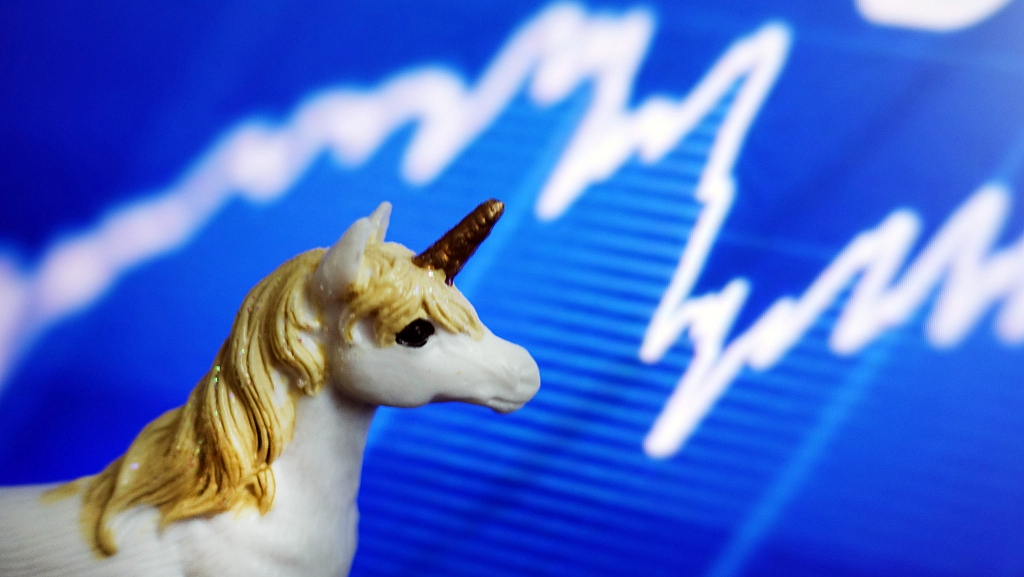 The inaugural Hurun Global Unicorn List 2019 showed that China has 206 unicorns, compared to 203 in the U.S., with Beijing cementing its status as a global capital of innovation thanks to its 82 companies worth more than one billion U.S. dollars. San Francisco, the home of Silicon Valley, was in second place with 55 unicorns.

A separate report published by Credit Suisse on Monday showed that China has more people in the world's top 10 percent of richest people than the U.S. for the first time.

Credit Suisse's research suggests that the global top 10 percent have personal savings in excess of 109,430 U.S. dollars, a threshold that applies to 100 million Chinese, and 99 million Americans.

However, when it comes to millionaires, the U.S. still leads the rest of the world with 18.6 million people. One in 14 American adults possesses a personal fortune in excess of one million U.S. dollars, with 40 percent of the world's millionaires coming from the United States.

China has 4.4 million millionaires based on Credit Suisse's calculations, equivalent to around one in every 250 adults.

However, Hurun's unicorn report suggests that Chinese companies will continue to create considerable wealth for the foreseeable future.

The top three most valuable unicorns in the world are Chinese, with Ant Financial, Bytedance and Didi Chuxing worth 150, 75 and 55 billion U.S. dollars respectively.

According to Hurun, only five unicorns have been able to achieve a valuation in excess of one billion U.S. dollars within a year of being founded, and all of them are Chinese firms.

The three biggest industries for China's unicorns are e-commerce, fintech and media respectively, compared to cloud, fintech and artificial intelligence in the U.S.

Hurun Report chairman Rupert Hoogewerf said via a statement "China and the USA dominate with over 80 percent of the world's known unicorns, despite representing only half of the world's GDP and a quarter of the world's population.  The rest of the world needs to wake up to creating an environment that allows unicorns to flourish in."

While China, Japan and the U.S. saw its millionaires increase in the past year, Australia and the UK actually saw a decrease in millionaires, thanks to factors like the plummeting pound or Australia's housing market.

Credit Suisse found that inequality remains high globally but is falling, with a slight drop in the assets held by the world's top one percent as non-financial assets expanded ahead of financial assets.