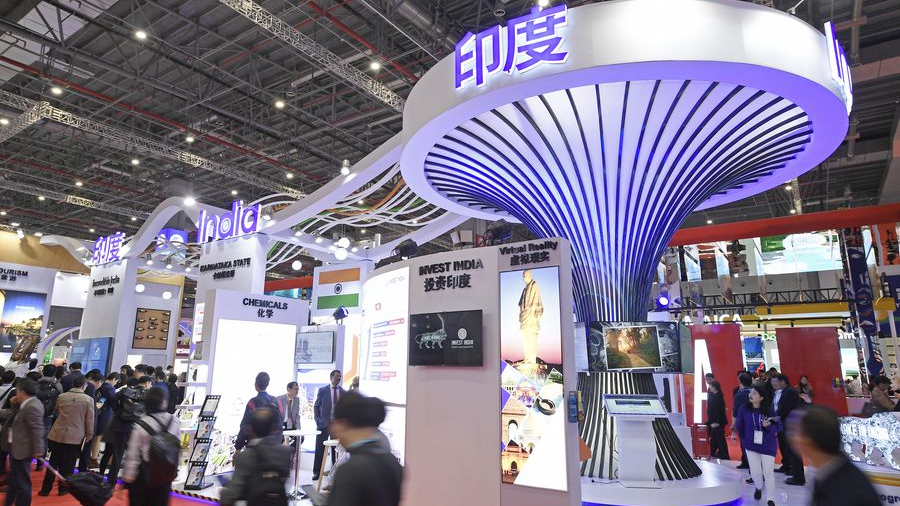 "China always attaches great importance to India's concerns about trade imbalance. We have never deliberately pursued a trade surplus with India. In recent years, China has taken a series of measures, including increasing imports of rice and sugar and accelerating approval process for import of medical and agricultural products from India," Chinese Foreign Ministry spokesperson Geng Shuang said at a press conference in Beijing.

India has long complained about its huge trade deficit with China but Geng noted that "over the past five years, China's imports from India have grown by 15 percent, with more and more Indian goods finding their way to Chinese households."

"In 2019, India's trade deficit with China declined significantly," he added.

Referring to the second China International Import Expo in Shanghai last November where India was given the "Guest of Honor Country" status, Geng said: "The deals India secured registered the biggest increase by percentage among all countries."

Citing "rapid economic growth" witnessed in both the Asian neighbors in recent years and the "huge development potential" between the two as envisioned by their respective leadership, Geng said, "Both sides should view the trade imbalance in a dynamic light and strive to find new ways to solve the problem."

"At last year's informal meeting in Chennai, President Xi Jinping and Prime Minister Narendra Modi agreed to establish a high-level economic and trade dialogue mechanism between the two countries. We hope the two sides will work together to make good use of this mechanism, strengthen bilateral trade and investment cooperation, and promote the balanced development of bilateral trade," he concluded.