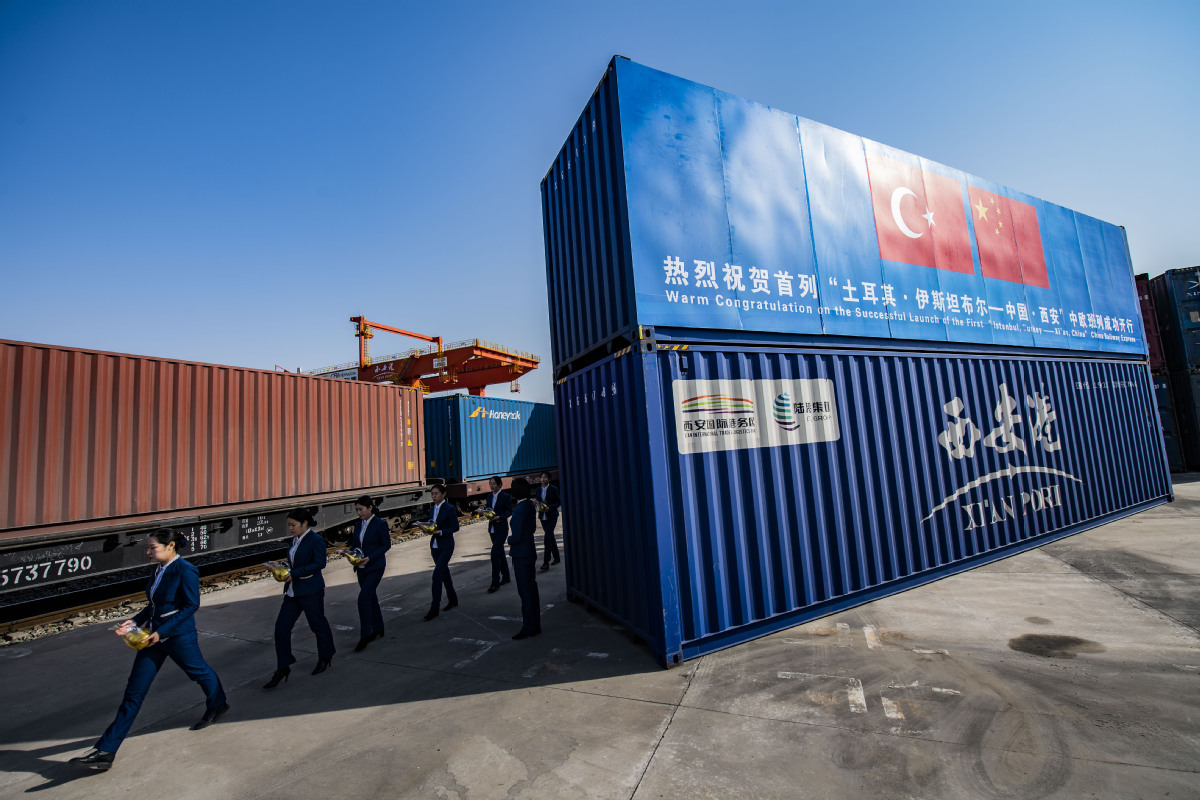 The China-Europe Railway Express, which runs across the Eurasian continent, has experienced considerable progress during the past 10 years, and will continue to see strong momentum in the future, said a Turkish official.

"The railway connection between the two continents became even more vital in the pandemic era when the freight trains played a crucial role in stabilizing the international logistics supply chain, due to limited air and maritime transport options," Onen said.

"As part of the Belt and Road Initiative, which Turkey has supported from the beginning, this route has experienced remarkable progress over the past 10 years and will continue to develop."

Data from China State Railway Group Co Ltd showed about 7,377 freight trains of the China-Europe Railway Express operated in the first half, up 43 percent year-on-year.

In the January-June period, about 707,000 twenty-foot equivalent units of containers were delivered, up 52 percent on a yearly basis.

According to Onen, the China-Europe Railway Express has also benefited from Turkey's ongoing construction and improvement of railways, facilities and services.

The initiation of direct freight train services between Turkey and China in December 2020 is the most recent and substantial example of such development. The train follows the Trans-Caspian East-West-Middle Corridor via the Baku-Tbilisi-Kars railway. Its route covers almost 8,700 kilometers, passing through two continents, two seas, five countries and forwarding its freight from Istanbul to Xi'an in less than two weeks.

More trains followed the first one in recent months and there are plans to make a regular and more frequent schedule of freight trains between Turkey and China, he said.

"The shift of economic gravity toward the East generates a continuous growth in the transport of goods between Asia and Europe. The pandemic did not alter this trend; it has even strengthened it," Onen said.

Official data showed bilateral trade between Turkey and China reached $26 billion in 2020 despite the coronavirus impact, marking one of the highest figures for any bilateral commerce between European and Asian countries.

Moreover, Onen said ongoing commercial, financial and investment contacts between Turkey and China suggest that it is very possible to surpass $50 billion in the coming years.