China and Turkey have demonstrated their determination to deepen their trade cooperation by signing a new swap agreement, experts have said.

Turkish President Recep Tayyip Erdogan told reporters in Istanbul on June 13 that his country had signed a new 3.6-billion-U.S.-dollar swap agreement with China, increasing the limit on their existing currency arrangement to 6 billion dollars.

"We made a very important agreement recently with China, which is very important and one of our biggest trade partners," Erdogan was quoted by state-run Anadolu Agency as saying.

Beijing and Ankara have shown that they are aiming to move forward in their commercial cooperation on a sound basis, Altay Atli, an expert on global political economy at Istanbul's Koc University, told Xinhua.

Turkish central bank used a funding facility for the Chinese yuan for the first time under a prior swap agreement with the People's Bank of China in June 2020, and this was soon followed by several banks carrying out their first transactions in the Chinese yuan. 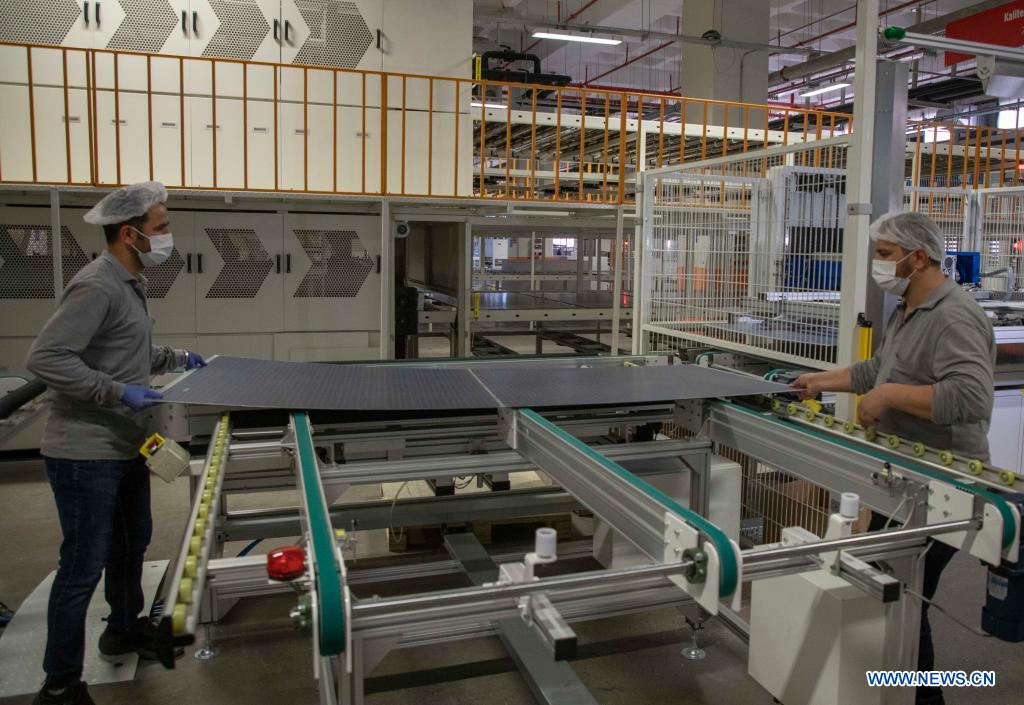 Employees work in the factory of HT Solar Energy in Istanbul, Turkey, on May 7, 2021. (Photo: Xinhua)

A banking regulation source told Xinhua that Turkish tradespeople are interested in dealing with their Chinese counterparts in the yuan as the weakening of the lira had become problematic.

"For Turkish companies, China's move is a lifeline. It is cheaper and easier to deal in transactions with the yuan, therefore this is an opportunity to develop bilateral commercial activity," he said under the condition of anonymity.

During the past year, Turkey and China have managed to significantly boost their commercial ties and transactions despite the COVID-19 pandemic.

The China-Turkey trade volume was around 24 billion dollars in 2020, making China the third largest trading partner of Turkey. Meanwhile, the trade volume increased by 44 percent year-on-year in the first quarter of 2021, reaching 8 billion dollars, the Turkish Statistical Institute data revealed.

Despite the negative impact of the pandemic on global trade, major Chinese smartphone manufacturers such as Xiaomi, Oppo and Vivo have made direct investments in Turkey, launching production in Istanbul, Turkey's financial hub.