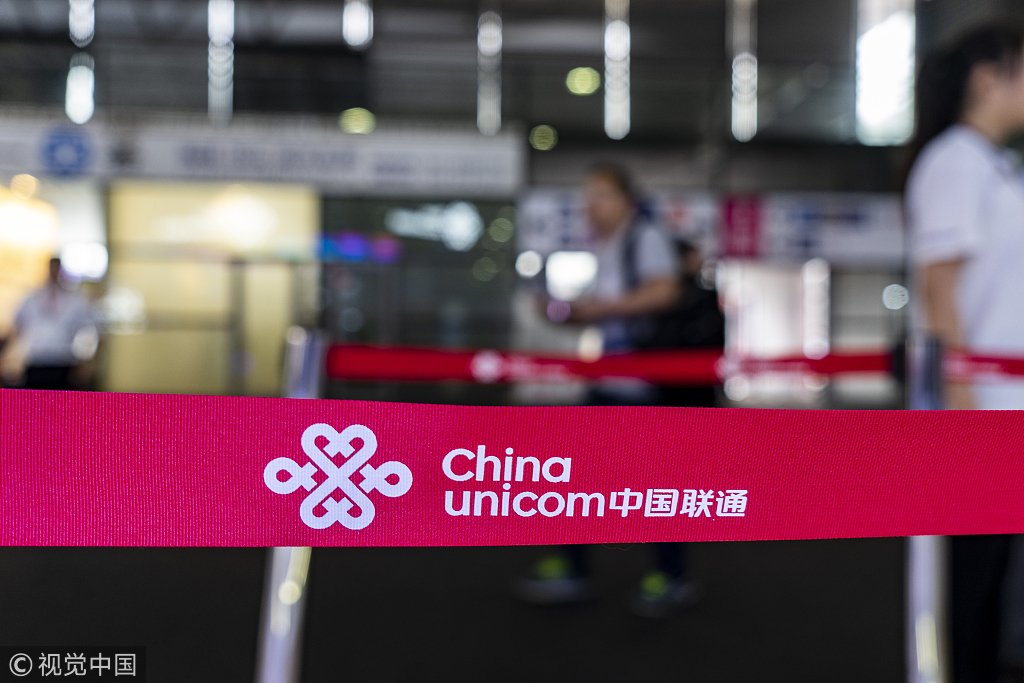 Service revenue in the first half grew 8.3 percent to 134.4 billion yuan.

The telecommunications carrier said 4G customers rose by 28.23 million in the six-month period to 203 million. Average revenue per user of mobile customers was 47.9 yuan, in line with full-year 2017.

Chairman Wang Xiaochu said a mixed ownership reform in the company helps it capture new opportunities, but also warned that "continued downward pressure" in its traditional businesses, including an industry-wide cancellation of mobile data roaming charges from July and cyclical factors pose challenges in the second half.