BEIJING - China Unicom, one of the country's leading telecom giants, reported a 24.38-percent surge in net profit in the first three quarters due to effective cost management. 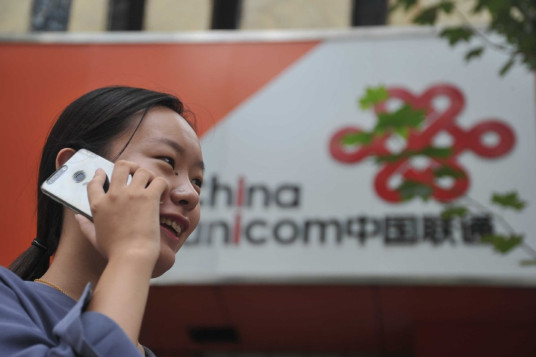 A customer uses her mobile phone outside an outlet of China Unicom in Yuncheng, Shanxi province. (Photo: Xinhua)

The telecom giant made 4.32 billion yuan (about $610.47 million) of net profit in the first nine months, according to a statement filed to the Shanghai Stock Exchange Monday night.

Business revenues dipped 1.18 percent to 217.12 billion yuan in the reporting period, it said.

The company's 4G users increased by 31.22 million in the January-September period, bringing the total number to 251 million.

Facing new challenges in the industry, the company has boosted innovative cooperation and accelerated internet-based operation, the statement said.