Policymakers are unlikely to make any changes to China's existing fiscal stimulus package next year, but may focus on additional steps to bolster economic recovery, especially to improve people's livelihood and save jobs, officials from the Ministry of Finance said on Thursday. 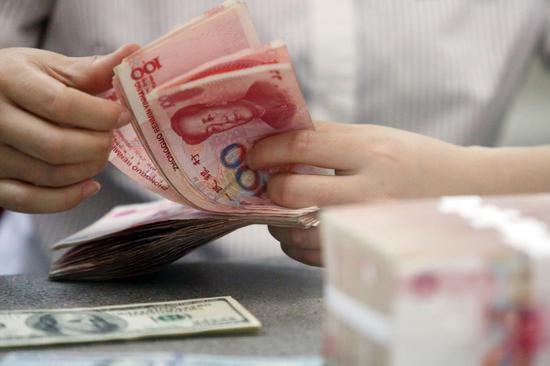 The scale of directly channeled fiscal funds, from the central government to municipal-and county-level governments, will be further expanded next year to spur economic growth, said Hao Lei, an official from the budget department of the Ministry of Finance.

More funds, especially under the existing central-to-local government transfer payment scheme, will be included in the direct channel system for the primary-level authorities, bypassing the provincial-level governments, to finance projects that can improve people's livelihood and ensure sufficient employment opportunities, said Hao.

The direct fund system will be included in the nation's budget management system in the future with tighter regulations and auditing requirements. Meanwhile, the existing fiscal management system and regulatory standards for the use of the transferred funds will not change, the official said.

"This arrangement will make the direct funds even larger, covering more areas, and (the tool) will be more targeted, which can generally cover all the central government subsidies for improving people's livelihood," said Hao.

By the end of October, the central government had directly transferred 1.7 trillion yuan ($256 billion) of fiscal funds to primary-level governments, with local governments having spent 1.198 trillion yuan, or 70.9 percent of the total, to support COVID-19 pandemic control and economic recovery. About 57 percent of the funds have been injected into projects related to people's livelihood, according to official data.

Under the direct fund system, the funds can be received by the primary-level authorities in a week, compared with a month earlier.

Wang Zecai, a researcher at the Ministry of Finance's Chinese Academy of Fiscal Sciences, said the measures will further strengthen the capacity of the primary-level governments to increase fiscal fund supply.

Cutting taxes and fees is another objective of the fiscal stimulus package and the same is expected to exceed 2.5 trillion yuan this year, it said.

During the past five years, China's tax reductions might have been around 7.6 trillion yuan. In the first three quarters of the year, the tax burden for some large companies dropped by 9.4 percent, compared with a decline of 6.9 percent in 2019, said Cai Zili, a senior official from the State Taxation Administration.

This year, half of the funds under the direct system of 1 trillion yuan was raised through special COVID-19 treasuries, and the money has been sent to local governments after evaluating their debt repayment capabilities.

The special COVID-19 treasuries are being used to support infrastructure contraction or projects to control the pandemic. For some projects with very low investment returns, local governments can transfer funds from other earned income to repay the treasuries, said Deputy Finance Minister Xu Hongcai, adding that the additional debt burden on local governments due to the issuance of the special COVID-19 bonds was not a cause for concern.

"Because of its low risk level, debt defaults are unlikely in the case of special treasuries," said Xu. He, however, urged proper control of the risks arising from local governments' contingent liabilities and said it was necessary to prevent systemic financial risks.