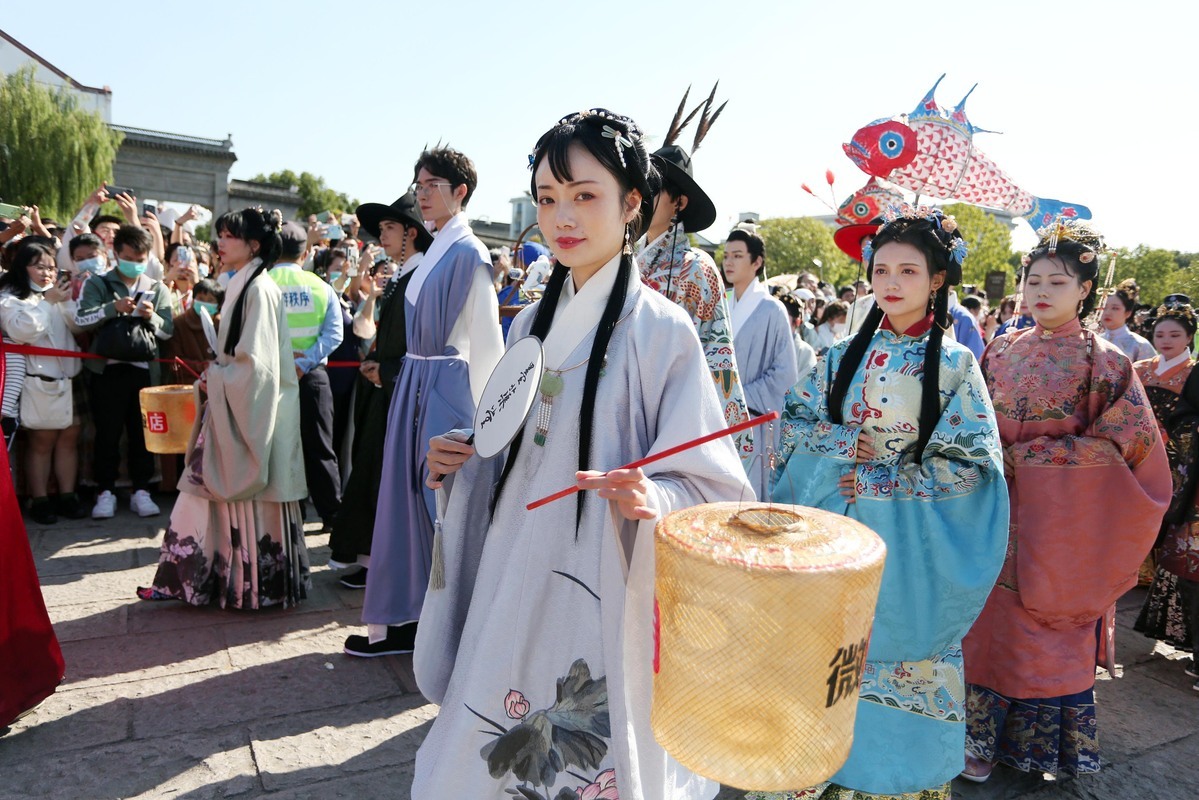 The 8th Xitang Hanfu Cultural Festival kicked off in Xitang, East China's Zhejiang province, on Oct 31, 2020, attracting many who are fond of the traditional Chinese garment, as well as tourists eager to see the ancient scenic town. [Photo/VCG]

BEIJING -- China on Wednesday launched a fund of funds (FOF) for cultural industry investment with a target size of 50 billion yuan (about $7.62 billion), of which 31.7 billion yuan has already been raised.

Literally known as China culture industry investment fund of funds, the FOF will focus on supporting the restructuring, mergers and acquisitions of cultural enterprises, facilitating the integration of cultural resources and industrial structure adjustment, and promoting the high-quality development of the cultural industry.

The FOF will mainly invest in core areas such as news and information services, integrated media development, and new forms of cultural business, as well as tourism, sports and film industry.

The establishment of the fund, co-initiated by the Ministry of Finance, is considered a significant move in forging a modern cultural industry and developing a great socialist culture in China.