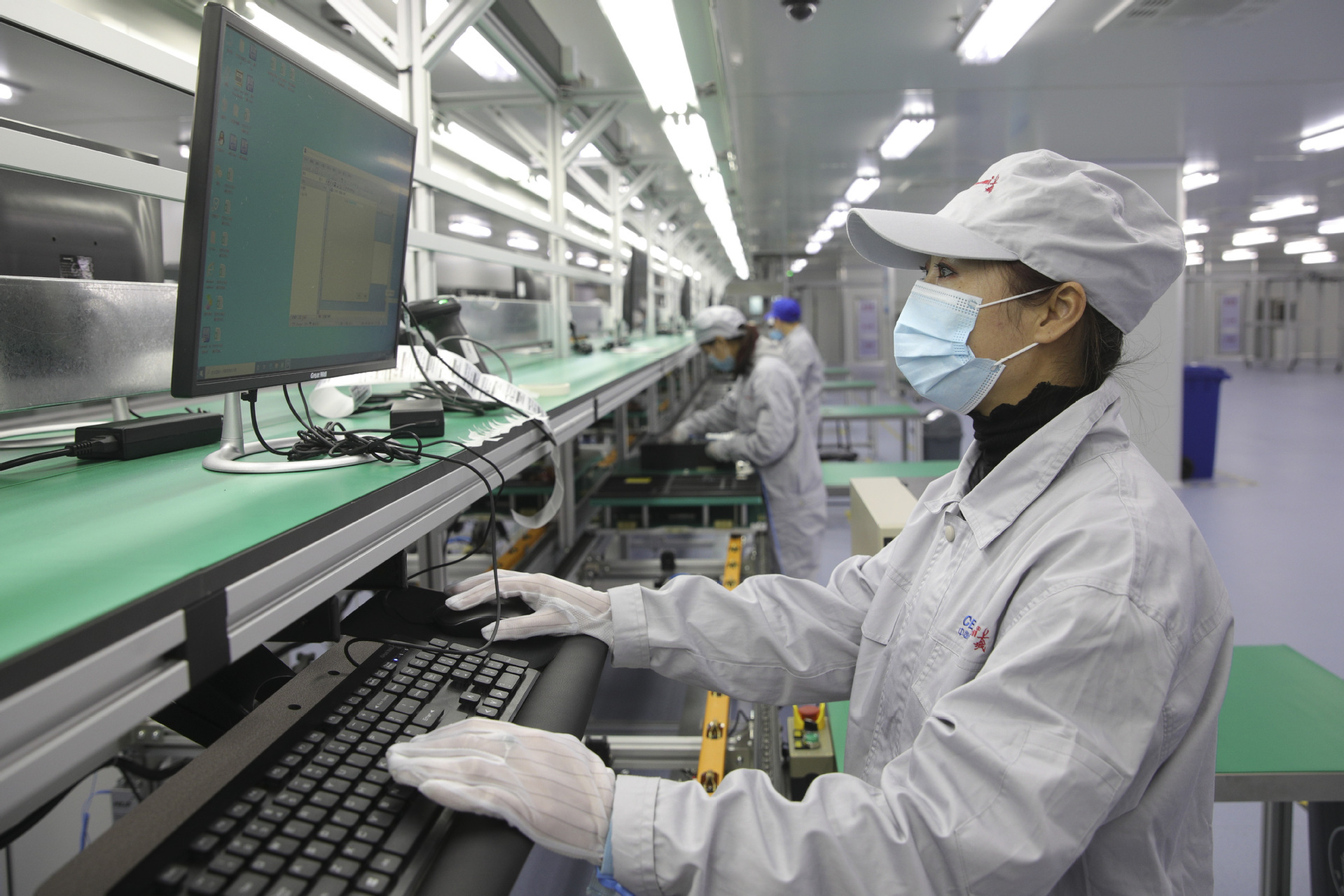 An assembly line worker is seen at a factory located in the pilot free trade zone in Harbin, capital city of Northeast China's Heilongjiang province on Nov 14, 2021. [Photo/Xinhua]

China on Sunday unveiled an action plan to guide the building of a high-standard market system in the next five years.

The plan proposes more than 51 specific measures covering five aspects, including the basic institutions of the market, efficient allocation of production factors in the market, market environment and quality, high-level opening-up and the oversight mechanism of the modern market system.

The country will consolidate basic institutions of the market by comprehensively improving property rights protection, implementing the negative list system for market access and making advancements in fair competition.

The country will also adopt a nationwide negative list, expand market access trials, as well as strengthen and improve enforcement of laws on anti-monopoly and anti-unfair competition, according to the plan.

To promote efficient allocation of factors, the plan vowed efforts to promote the orderly flow of labor resources, the healthy development of the capital market and the development of knowledge, technology and data.

Institutions for trading IPR, as well as the property rights of scientific and technological achievements, shall be set up, with the IPR transfer and licensing services to be carried out nationwide, according to the document.

It also called for measures to expand the opening-up of the financial services market, allowing the establishment of foreign-controlled joint venture banks and securities firms, as well as wholly foreign-owned or joint venture asset management firms.

In terms of the oversight mechanism of the market, the country will adopt an inclusive and prudent oversight system for new forms of industries, strengthen the monitoring of transactions in the factor market, actively prevent market abnormal fluctuations and guard against external risks.

China for the first time proposed to build a high-standard market system, which is unified and open with orderly competition, sound market institutions as well as governance, in around five years, said an official with the National Development and Reform Commission.

The plan put more emphasis on the completeness of market institutions, fair competition and the role of government in maintaining market order and countering market failures, the official said.