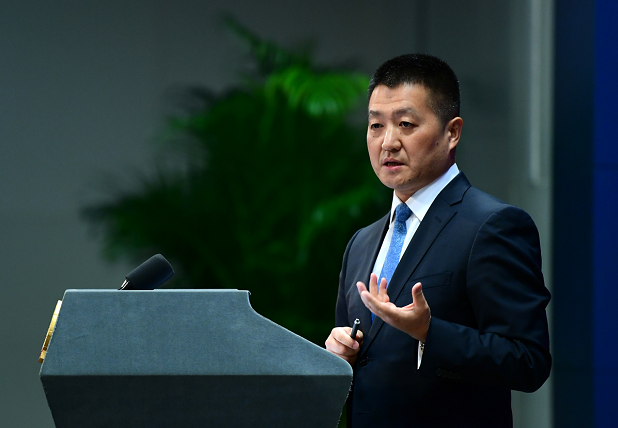 Lu made the remarks when asked to comment on media reports that stated the revision to internal rules on procurement by the Japanese government released earlier on Monday, allegedly aimed at preventing cyber attacks and ensuring cyber security, was actually made to lock Huawei and ZTE out of the government purchase list, following related steps by the United States.

"We have taken note of the Japanese government's newly revised rules on procurement today. The Chinese side has already communicated with Japan over the issue via diplomatic channels," Lu said.

China is also aware of Japanese Chief Cabinet Secretary Yoshihide Suga's remarks that the move did not intend to exclude any particular company or equipment, Lu added.

Stressing that Chinese companies' investments and business cooperations in Japan are in essence mutually beneficial, Lu said that China consistently encourages Chinese enterprises to invest in Japan according to commercial principles, international rules and local laws.

"At the same time, we urge the Japanese side as always to provide a fair, transparent and non-discriminatory playing field for Chinese companies' business operations," Lu said.

He said that China will keep a close eye on the implementation of the newly revised rules by Japan. "Chinese enterprises with normal business activities in Japan shouldn't be in any way discriminated against, and this is very important," Lu added.

As for the reported security worries of European Commission Vice President Andrus Ansip, that Chinese tech firms obtain encrypted data via "mandatory backdoors" as asked for by the Chinese government, Lu said that barring companies from normal business operations merely on the basis of "speculation" is "ridiculous".

At the moment, those claiming that Huawei "may" pose threats to national security have never been able to present any convincing evidence as to how the company undermines their country's national security, Lu said.

So far, more than 20 countries have signed contracts with Huawei over the construction of 5G mobile networks, demonstrating that the privately-run company is gaining growing trust from its international partners, Lu added.