China urged the US to correct faulty practices in anti-subsidy probes against Chinese products and create a fair and stable international trade environment for Chinese and American companies, China’s Ministry of Commerce said on Wednesday. 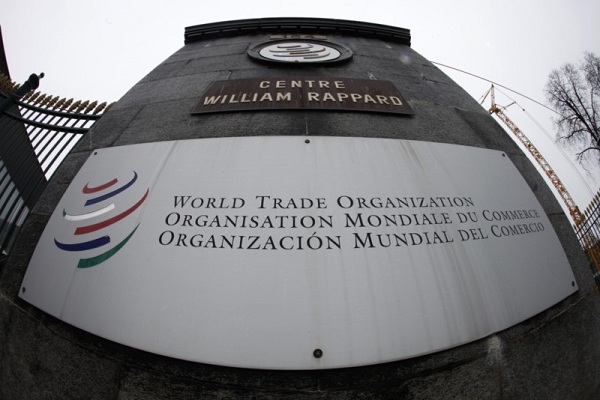 The WTO logo is seen at the entrance of the WTO headquarters in Geneva. (File Photo: CGTN)

The ministry’s spokesperson made the remarks after the World Trade Organization (WTO) announced on Tuesday in an Appellate Body report that US countervailing measures against certain Chinese goods were inconsistent with WTO laws.

"The ruling of the Appellate Body once again proves that the US violated the WTO rules and repeatedly abuses trade remedy measures, which seriously undermines the fairness and impartiality of the international trade environment," said the spokesperson.

The ministry said that China has always respected multilateral trade rules and opposed the abuse of trade remedy measures.

The US anti-subsidy measures involved in the case have repeatedly been denounced by the WTO and its abuse of trade remedies has hindered the normal export of Chinese products to the US, said the spokesperson.

"China urges the US to immediately take concrete actions to correct its faulty practices in the anti-subsidy investigations against China and create a fair and stable international trade environment for Chinese and American companies," the spokesperson said.