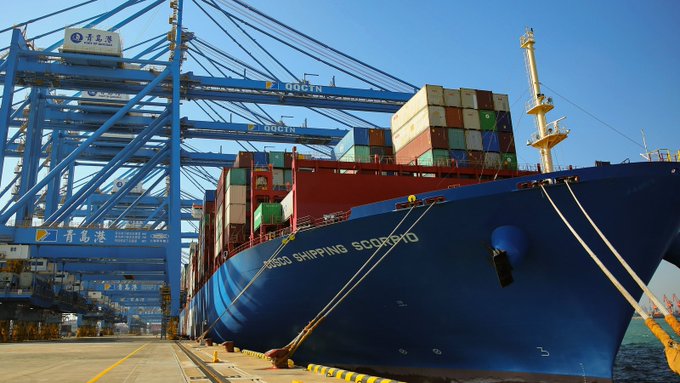 The Ministry of Economy and Finance said the global financial market was recently stabilized as the sentiment among global investors was raised thanks to the agreement on top of a more certain prospect for Brexit.

China and the United States have agreed on the text of a phase-one economic and trade agreement based on the principle of equality and mutual respect, and reached consensus that the U.S. side will fulfill its commitments to phase out its additional tariffs on Chinese products, according to a statement by the Chinese side on Dec. 13.

South Korea's financial market stabilized in the wake of the recovery of the global stock market, higher global bond yields and the weakening of safe-haven currencies such as the U.S. dollar, the ministry noted.

Foreign funds flowed out of the South Korean stock market earlier this month, but foreigners turned into net buyers.

The premium for credit default swap (CDS), which measures South Korea's sovereign credit risk, has recently kept a record-breaking trend and fell to as low as 22.2 basis points in New York Tuesday, after trading between 27 and 28 basis points early this month, according to the South Korean ministry.